Understanding the rise of populism and addressing its challenges

Amitai Etzioni, author of Law and Society in a Populist Age, examines the emergence of populism and suggests ways in which law-based approaches and political institutions can both understand and manage the challenges these movements present.

Much attention has been paid, for good reason, to the rise of right-wing populism in many countries. Emerging notably in opposition to immigration, and Britain’s decision to leave the EU, this type of populism plays out as a direct political bond between a charismatic leader and the masses, which occurs outside established institutional channels.

Left-wing populism, on the other hand – seen in movements such as the rise of Syriza in Greece and Podemos in Spain – is often all too overlooked but must be taken into account.

To take an example from the US, when Bernie Sanders ran for nomination as its presidential candidate he was not a member of the Democratic Party and was about as critical of it as Trump was of the Republican Party. Both candidates were initially opposed by the establishment of the two parties they came to represent. Likewise, Macron won the French presidential election, against all candidates of established parties, and created his own party in the process.

Their success demonstrates that, although right-wing populism is not embraced by the majority of the public in most of the nations in which it is rising, if one adds those on the left who are deeply troubled by the existing political regime, the combined result is a large majority of citizens who are alienated and distrust major institutions of their countries. Unexpected alternatives become viable options.

These emerging majorities have strong reasons to be disaffected. To dismiss their concerns as merely reflecting ignorance, prejudice, or credulity is both empirically wrong, and unhelpful in dealing with the crisis they pose to the legal order of liberal democracy. The populist response to loss of jobs and benefits, increased economic insecurity, and accelerating social and cultural changes is deeply troubling and must be corrected, but their disaffection is driven by valid concerns. To go forward, we must look for paths toward the reintegration of these masses into a society based on the rule of law, even if some of the laws involved may have to be recast in the process.

Modernity is characterized by technological and economic developments that underpin the existing legal, ethical, and political institutions. As populist movements grow, these institutions lose their ability to ensure that these developments will be dedicated to pro-social rather than anti-social purposes.  Like Golem, or the Sorcerer’s Apprentice, society has lost control of these developments and is buffeted by them.  This institutional lag should be closed and society—drawing on its law-making, policy-setting institutions—can then guide the forces that have been unleashed, rather than be captured by them.

This is just one of the ways in which law-based, political institutions in many democratic societies are being challenged by populist movements, parties, and leaders. Changes such as this necessitate greater attention to the role society plays in forming and challenging laws—and to the role of the law in coping with these challenges. An agenda is needed for research and deliberations by those interested in these law-in-society considerations.

Part of this agenda is to examine how the challenges posed by specific sources of alienation must be addressed. These include the privatization of force, the capture of the public domain by concentrations of private power, and ways in which obsolescent legitimacy can be replaced by newly-formed legitimacy.  In order for the public at-large to be served, rather than having large segments of the population feel left out and antagonized, we need a major reallocation of power as well as a new source of legitimacy. Both of these developments require the kind of major societal change historically brought about only by social movements.

An agenda must acknowledge the tensions between those who seek ever more governmental powers to bolster national security and defense (as well as environmental protection and climate control), and those who believe that such concentrations of power undermine their rights.  The very concept of the common good is contested by libertarians and introduces a liberal communitarian conception of a balance between individual rights and social responsibilities.

Finally, relations are needed between the national communities and the attempts to build more encompassing, so-called supranational (or regional) communities. The most advanced of these is the European Union (EU). The fact that Britain chose to leave the EU is often cited as a key example of the rise and victory of populism. One can also see it as an example of multilateral overreach; of concentrating power in Brussels and violating national sovereignty—before most people transferred their loyalty to the nascent European community.

In one major arena after another, specific sources of alienation require deliberations on how the challenges they pose should be faced. According to Lawrence Friedman, one of the leading thinkers in the law and society field, we must look at “ways in which law is socially and historically constructed, how law both reflects and impacts culture, and how inequalities are reinforced through differential access to, and competence with, legal procedures and institutions.” This acknowledgement that law and society are deeply intertwined will help to address the challenges posed by both right and left wing populism in these troubled times. 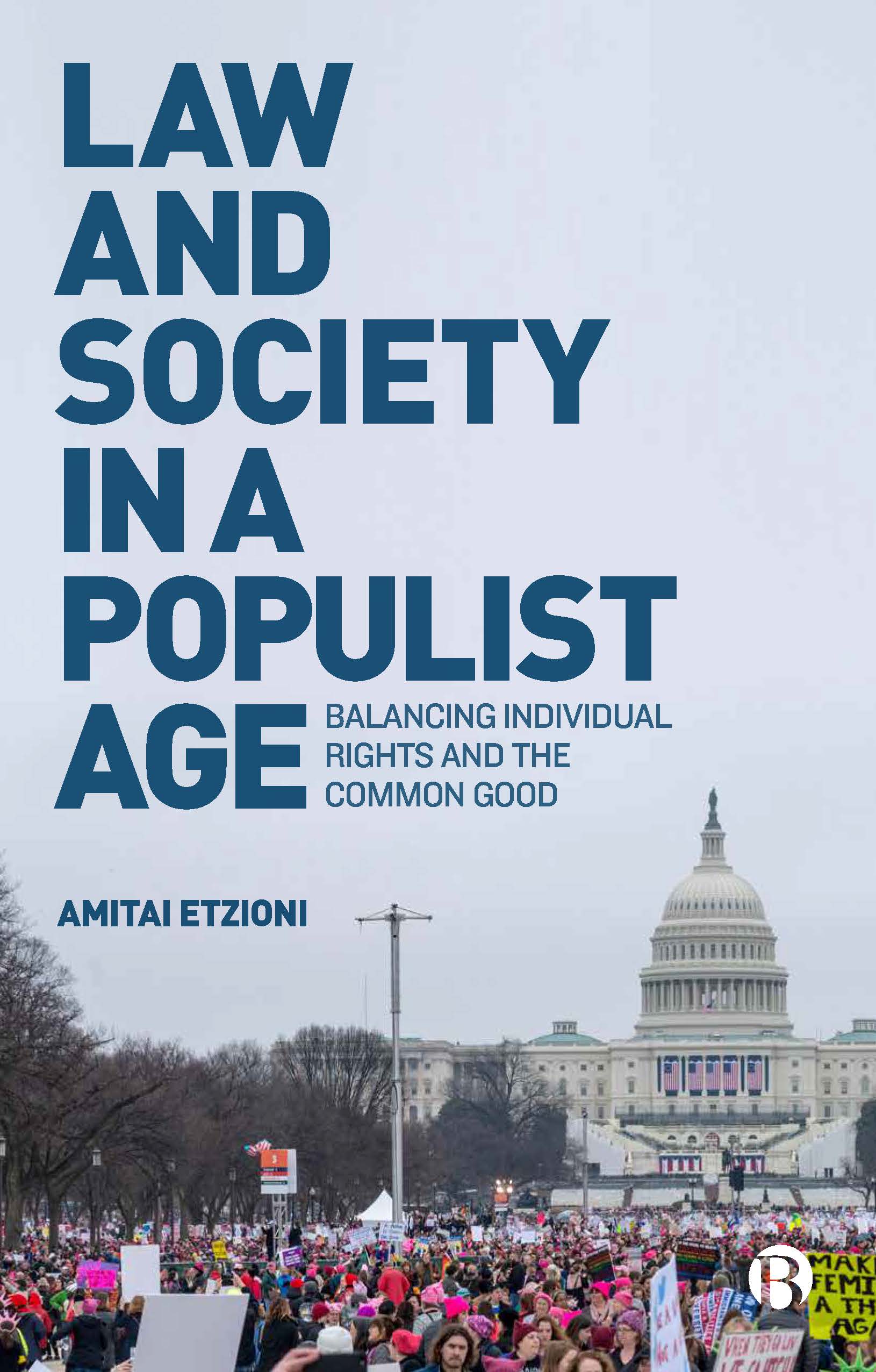 Law and Society in a Populist Age by Amitai Etzioni is available with 20% discount on the Policy Press website. Order here for £15.99.