Why did the Modi government take the risk of revoking Kashmir’s special status?

On 5 August, Narendra Modi’s newly reelected government announced that it was revoking Article 370 of the Indian Constitution, which conferred special status on the state of Jammu and Kashmir. It declared that it intended to split that state into two parts, render the area of Ladakh and what was left of Jammu and Kashmir into Union Territories, rather than full states. Finally, it also moved to revoke Article 35A, which had allowed the former government of Jammu and Kashmir to determine who was a resident of the state and who was therefore allowed to buy and sell property within its borders.

These were dramatic moves. They were immediately denounced by Pakistan’s Prime Minister Imran Khan, who tweeted that he feared the ‘ethnic cleansing’ of Kashmiri Muslims would follow. It was also criticised by Beijing, which holds territory once part of Jammu and Kashmir, including some ceded to China by Pakistan in 1963. New Delhi’s actions, Beijing complained, would complicate negotiations to settle their long running border dispute with India. And elsewhere it was met with a mixture of concern and alarm, on the grounds that the Modi government’s actions might cause further civil unrest within Jammu and Kashmir or conflict between India and Pakistan, which claims the territory should belong to it.

It is clear that some of these worries were shared in New Delhi. Immediately prior to the announcement of the revocation of Article 370, additional security forces were deployed in Jammu and Kashmir, and those already present were put on high alert. There were reports that the Indian Air Force stepped up patrols over the area. Local politicians were suddenly put under house arrest in the twenty four hours before the government’s move, and a shutdown imposed on internet and phone services.

Why, then, did the Modi government take the risk of revoking Article 370, given that it might lead to an upsurge in violence or a confrontation with Pakistan?

Part of the answer to this question is ideological. Modi’s party, the Bharatiya Janata Party (BJP), and the wider Hindu nationalist movement, have long objected to the special status accorded to Jammu and Kashmir under Articles 35A and 370. For many Hindu nationalists, these provisions represent intolerable acts of appeasement towards the Muslims of the Kashmir Valley by Jawaharlal Nehru’s government. They complain that Hindus are disadvantaged by the Articles, especially the Kashmiri Pandits, who have suffered two attempts to drive them from the Valley, first after Partition and then in the 1990s.

Accordingly, the BJP has long made it clear that it wished to revoke these arrangements. It went to both the 2014 and 2019 elections with a commitment to remove Article 370, and Modi’s Kashmir gambit delivers on that promise, playing to the Hindu nationalist base that helped him back into power, with an enhanced majority in May. It also sits well alongside a series of other measures enacted since then that appeal to the same constituency, including the banning of ‘triple talaq’ divorce, in which Muslim men are able to divorce their wives simply by repeating the word talaq three times, and the less successful efforts to promote Hindi as the national language. And it likely foreshadows other moves, including a likely attempt to finally obtain permission to build a Ram temple at Ayodhya, where Hindu nationalists demolished a mosque in 1992, and another to legislate a Uniform Civil Code, placing all religious communities under the same set of laws concerning issues like marriage and inheritance.

The other part of the answer is, however, strategic. Modi’s stock is high domestically, but the international context in which India finds itself is more challenging. An increasingly nationalistic and unpredictable China looms to the north. A capricious Donald J. Trump sits in the White House. And while great efforts have been made to advance the evolving strategic partnership between the US and India during his Presidency, and indeed to insulate it from the turbulence he can and does generate, his behaviour continues to irk New Delhi. Trump’s recent offer to mediate in Kashmir – which he falsely claimed was a response to a request from Modi – neatly illustrated its downsides for India.

Even more worrying to New Delhi, however, is the Trump administration’s commitment to extract the US from Afghanistan by the time the country goes to the polls in November 2020, and what that implies for the future of the government in Kabul and for Pakistan’s interests in the region. The Modi government frets – with good reason – that Washington may make excessive concessions to the Taliban in exchange for a settlement. It is concerned too that once a deal is done, the Pakistani military, and especially the Inter-Services Intelligence (ISI), which maintains close ties to both the Taliban and militant groups that have carried out attacks in Kashmir and elsewhere in India, will be able to focus all its attention eastwards.

Until that happens, New Delhi clearly perceives a window of opportunity to act in Jammu and Kashmir. Moreover, some in the Modi government likely believe they presently have the upper hand. Having responded to terrorist attacks across the Line of Control with special forces raids across the Line of Control and into Pakistani-administered Kashmir in late 2016, and then with airstrikes on the Pakistani town on Balakot earlier this year, both without a significant military reaction from Islamabad or its alleged proxies, some think that credible deterrence of such actions has been established.

It is not at all certain, however, that Pakistan sees things this way. By sheer luck and some smart framing, Imran Khan emerged from the Balakot incident appearing to many as more of a statesman than Modi. Both Jaish-e-Mohammed and Lashkar-e-Tayyaba, the Pakistani-based terrorist groups that attack India, remain substantially intact and at large, sheltered by sympathetic parts of the military and by Pakistan’s nuclear umbrella. And most importantly of all, there is no evidence that Islamabad is ready or willing to give up its claim to Kashmir. 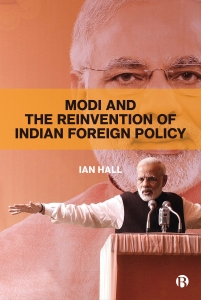