Europe’s largest ghetto: squalor and violence in the shadows of Madrid

Welcome to Valdemingómez. Just 12km from Madrid, political neglect, spatial exclusion and social policy stagnation have created a lawless landscape of drugs and violence. Squalor and hopelessness reduce chances of a way out.

“Julia” nervously emerges from her shabby tent to face another day of survival: she is homeless, wanted by the police, and addicted to heroin and cocaine. She is also five months pregnant.  The harrowing stories of Julia and others like her feature in a new bookDead-End Lives: Drugs and Violence in the City Shadows by Daniel Briggs and Rubén Monge Gamero – out today.

Read the foreword by Professor Dick Hobbs below.

Long before urban ethnography came of age with the Chicago School, Henry Mayhew had trawled London’s streets for narratives of the poor, dispossessed and excluded. For all of their rightly celebrated qualities, the sociologists of the Chicago School seldom provided the kind of vivid detail that is central to Mayhew’s journalism for the Morning Chronicle. He was particularly concerned with men and women for whom transgression was an inevitable consequence of the material conditions in which they found themselves. Seamstresses squeezed by the punitive pressures of piecework turned to prostitution to feed their families, street traders who relied on their own invented language and transgressive leisure pursuits to resist harassment by the new social control agencies, and some of the poor reduced to collecting dog shit from Albertoian pavements before delivering their fetid buckets to the capital’s leather tanneries. For Mayhew, crime/deviance/transgression was a social product, and very much part of the relentless unforgiving meat grinder of life in the city.

However, the Chicagoans’ establishment of urban ethnography as a central and enduring prop of social scientific endeavour did open the door to the city’s dirty secrets, and through this door have passed many thousands of scholars intent on bringing to the fore issues that most urban dwellers seek to scrape from the soles of their shoes. Most, but not all, of Chicago-influenced ethnography was based on an urban template created as an explanatory model of industrialism.

The industrial city was essentially zonal, and when drilling down into these zones, deviant behaviour – predominantly, but not exclusively, youthful delinquency – could be unwrapped, analysed and, crucially, rehabilitated. While later proponents of urban ethnography sometimes withdrew from engagement with rehabilitative policy engagement, its replacement was often a romanticised misfit sociology that valorised both the deviant and the intrepid researcher who would then shamelessly trade on this brief brush with outlaw status for the remainder of an academic career.

The post-industrial city, where the now superfluous poor of the industrial project have been supplanted by previously unfamiliar forces of economic apartheid, offers few of the assured inevitabilities of industrialism. The shape and form of urban existence has changed, and as a consequence, the trajectories of existence in the alcoves where working-class lives are lived are now dominated by population churn, by fragmentation and by a vernacular cosmopolitanism based on informal modes of survival that have little connection with institutions of governance.

Valdemingómez is one such alcove, and in describing life, death and commerce in this area on the edges of Madrid, we are introduced to a world that is uncomfortably close to Mayhew’s London. Thankfully, Daniel Briggs and Rubén Monge Gamero are as sensitive to the multiple complex forces that created Valdemingómez as they are to the harrowing conditions of survival of its population, where addiction and the servicing of addiction dominate social life. Cities churn, global populations shift and with capitalism in a state of permanent crisis, the flotsam and jetsam of ‘Europe’s largest ghetto’ compete and co-exist within a range of informal economies, in particular, the drug trade. Briggs and Monge Gamero explore this world of poverty, profit, hope and addiction with enormous skill. For this is the future, the ghetto at the edge of the city, life at the periphery largely abandoned by the state, occasionally subjected to police operations, but not often enough to impact on the illegal economies that are the poisonous lifeblood of Valdemingómez, where ‘the Wild West meets the third world’.

The authors do not valorise deviance, but do describe and explain a world where destructive social and personal practices are the norm. Indeed, the descriptive passages, which constitute this book’s strength, are among the most vivid and insightful to be found in contemporary ethnography. Highlighted are the impacts of often ignored causal factors such as the withdrawal of the state, and the consequences not only for the addicted and their families, but also for the poor bloody infantry of police and drug agencies that seek to make an impact on this blighted domain. The limits of intervention, particularly during an era of austerity, along with the predatory culture of many of Valdemingómez’s residents, are emphasised by harrowing description and interviews.

This is a deeply upsetting book about an alcove of the global economy where death and degradation are embedded into every pore. Enhanced by photography, this excellent and innovative ethnography stands as a powerful and unnerving document of contemporary and probable future urban life.

Yet, as with Henry Mayhew’s seminal work, written in a long distant era of exploitation, deprivation and squalor, it is the heart-rending stories of the poor that leave the most indelible impact on the reader. The utter impossibility of their plight is genuinely disturbing, and the term ‘social exclusion’ has seldom been more appropriate, its causation more complex, or its reality more distressing. 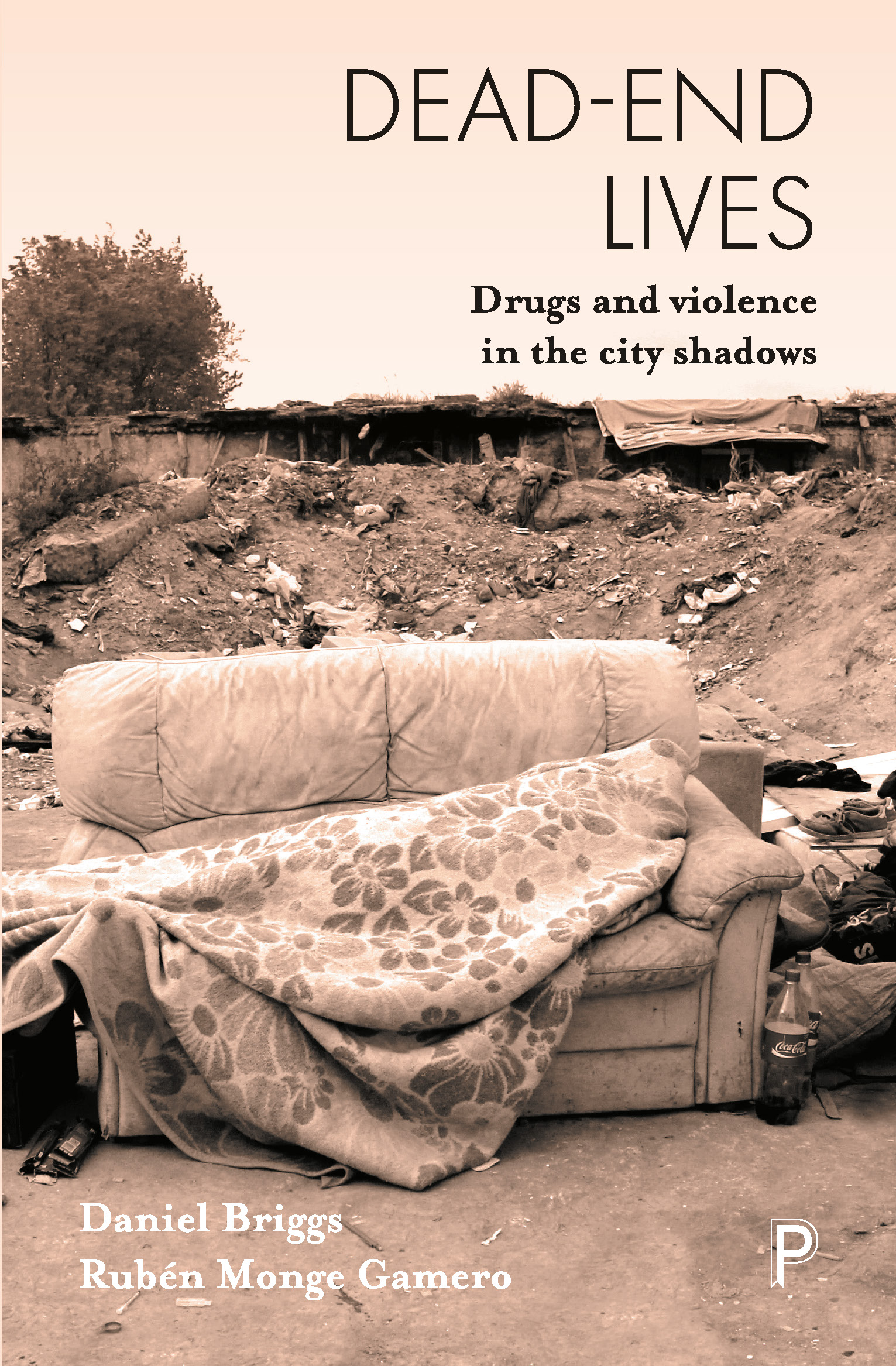 Dead-End Lives by Daniel Briggs and Rubén Monge Gamero is available with 20% discount on the Policy Press website. Order here for just £13.59.