Come dine with us! Urban food sharing in the 21st Century 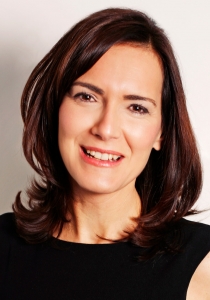 In May 2019, The Guardian reported that a third of adults in the UK regularly eat alone; a figure which rises to almost half of all adults within London. This pattern of eating marks a radical departure from the bulk of human history where coming together around food was not just a pragmatic practice – sharing the spoils of food acquisition prevented spoilage before refrigerators became mainstream – but also a highly socialised experience where relations between individuals were cemented.

Media coverage of eating alone often focuses on the problems that underpin this shift: the increasing loneliness and anomie of our lives, particularly in urban environments; the ongoing and negative nutrition transition, where freshly-cooked meals are increasingly replaced with highly processed snacks laden with salt and sugar; and the rising obesity rates which are being recorded in many countries around the globe. These trends are disheartening, but there are also many thousands of inspiring activities in urban areas around the globe where explicit attempts to reinvigorate collective experiences around food from community gardens and cafes to gleaning events and surplus food redistribution initiatives are taking place.

So why do we not hear more about these food sharing activities? Partly it is because they often fly under the media radar. Frequently volunteer-run and often not-for-profit, locally-targeted food sharing initiatives seem far removed from the global agri-food businesses that have come to dominate modern food systems. In a world where big is often unquestionably seen as best, the small-scale and grounded nature of urban food sharing initiatives can easily be dismissed as an irrelevance.

However, the increasing pervasiveness of digital and mobile information and communication technologies (ICT) and the emergent phenomenon of ‘the sharing economy’, have changed this. Many digital traces of food sharing can now be mapped, giving visibility to the distributed actions of food sharing initiatives, creating an aggregated population of practices that can be interrogated and evaluated. More than this, the use of ICT by food sharing initiatives has supported the emergence of translocal food sharing; with ICT providing possibilities to speed-up and scale-up the connections, interactions and exchanges between people around food. These qualities are most visible in open access, online mapping platforms which allow people to identify publicly available food harvests or offer and receive surplus food. Exchanges of food that these initiatives facilitate can be peer-to-peer, but they can also connect business to community groups and charities as with FoodCloud, an award winning surplus food redistribution social enterprise that was founded in Dublin, Ireland but which is now an international organisation supporting the redistribution of surplus across Ireland and the UK.

While many food sharing initiatives focus on creating opportunities for people to eat together – from Be Enriched in London which offers vulnerable groups community meals cooked from surplus food by chefs and volunteers to Open Table in Melbourne, Australia, which offers shared free meals to people in neighbourhoods across the city – the provision of food is only one goal. Both Open Table and Be Enriched create nutritious meals from surplus food that would have otherwise been thrown away, simultaneously reducing the food insecurity of those who participate and reducing the wastage of good food.

More than this, the regularity of meals provided by both initiatives means that the events provide spaces for people to socialise, to build greater social ties within fragmented and dynamic urban communities.  Community meals can also offer an opportunity to provide information about, and access to, services within the city in an informal yet supportive environment. In these situations food is seen as far more than simply fuel, it is a catalyst for action which has social, economic and environmental co-benefits. As the founder of the Skip Garden and Kitchen based in London’s Kings Cross development suggested, ultimately “we are about creating the conditions for change” to create healthy, integrated and environmentally sustainable and responsible communities. Indeed, their core value is: “I, we and the planet”.

This is not to claim that food sharing alone will solve the world’s food problems – there is no silver bullet for food sustainability – rather that the diversity of food sharing which responds to the differentiated needs of localities, provides an illustration of alternative ways of doing things; ways that can bring sustenance not only to the body, mind and soul.

Certainly we must be vigilant that the inspirational food sharing activities found around the globe are not used by powerful actors as an excuse to continue with poor practices that contribute directly to problems of structural food poverty and food waste. Equally, while many of the food sharing initiatives identified by research provide considerable benefits to those who share, not all food sharing is created equally and not everyone has the capacity or desire to get intimately involved with collective actions.  Good governance of food sharing is required and for that to take appropriate forms requires a clear understanding of the rules, tools and networks of food sharing itself. 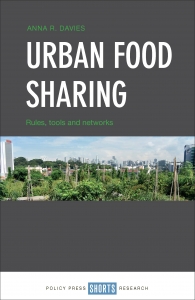 , by Anna Davies is available Open Access under CC-BY-NC licence on OAPEN.