Alabama’s abortion ban, it’s not so far from home 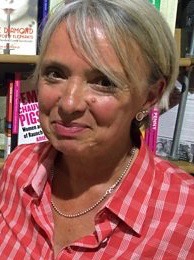 The clocks are going back in the US and it’s not their version of daylight saving. A series of court decisions in the last month threaten to overturn a fundamental right that women in the US won 45 years ago, the right to have an abortion. This right is enshrined in a 1973 Supreme Court decision known as Roe versus Wade. Eight states have passed new restrictive laws this year and the new law passed in Alabama last week is an effective ban on abortion in that state unless the women’s life it at risk, doctors who carry out abortions will face a 99 year prison sentence.

Since 1973 anti abortion campaigners who oppose women’s right to control their own fertility have been limited to state control of access to abortion services. State legislation, in some cases draconian, has been introduced, making abortion clinics fulfill almost unachievable requirements. This strategy has had a serious impact—six states now only have one abortion clinic left open for their whole population: Kentucky, Mississippi, Missouri, North Dakota, South Dakota and West Virginia. Legal obligations have included proscribing the width of corridors, the need for doctors to have admitting rights to the nearest hospital and for a clinic that mainly prescribes pills for early terminations to be kitted out as an emergency trauma unit.

But the recent decisions in Georgia and Alabama and other states represent a qualitative shift in the anti abortion lobby’s campaign to control women’s bodies. Alabama’s new legislation is now the most restrictive in the whole of the US. One Republican supporting the new ban, Clyde Chambliss, said that abortions could only be provided “until the woman is known to be pregnant.” Think about it, you can have an abortion only if you don’t know you are pregnant, and as soon as you are aware you are pregnant the law forbids you to do anything but carry that pregnancy to term. Some interpretations of the new law in Georgia say that women could face ten year sentences for travelling out of state to have an abortion. This is not some future dystopian state dreamt up by Margaret Atwood, this is the situation in the biggest and most powerful economy today.

The so-called “heartbeat” laws, passed in recent weeks in several states, ban abortions after about six weeks in a pregnancy, so if your period is two weeks late you have already lost the chance to make a decision about your future. But these new laws are not simply about changing the situation in those states. They have one aim: the triggering of legal battles that will ultimately come to the Supreme Court with its new Trump-delivered right majority.

In the past Trump himself wasn’t ideologically committed to opposing abortion. In fact he stated in 1999, “I am pro-choice in every respect”. But this is transactional politics: the religious right helped deliver Trump’s victory, now he is keeping his side of the bargain by committing to opposing abortion. He has filled two Supreme Court vacancies with anti-abortion judges so opening the door to an opportunity to overturn the Roe versus Wade decision if one of the state laws comes up for appeal.

These barbaric new laws and restrictions on women’s fundamental right to control their bodies are rightly being condemned around the world. Protests have taken place in numerous US cities. But here in the UK, we should more than denounce what is happening across the Atlantic. We must recognise that we face our own Alabama a bit closer to home. In Northern Ireland, where I was born and brought up, the laws surrounding abortion are actually even more severe than the one just passed in Alabama. Yes, you read that right. In Northern Ireland, which is still part of the UK, it is not only doctors who face life imprisonment if they carry out an abortion, the women themselves do too. In fact in the decade up to 2016 more than 15 women were arrested under this law. Doctors are even required to report their patients to the police if they suspect they have terminated their pregnancy.

This situation is because the 1967 Abortion Act was never extended to Northern Ireland. A Victorian-era law, the Offences against the Person Act 1861 still governs Abortion law across England, Wales and Northern Ireland. This deems abortion a criminal act, punishable by life imprisonment. The 1967 Act laid out a series of exceptions to this so that if certain conditions were fulfilled a legal abortion could take place. This has saved lives and has helped hundreds of thousands of women, However, because it doesn’t apply in Northern Ireland, women there have to travel to Britain, buy pills from the internet and face prosecution, or carry an unwanted pregnancy to term. For women with much wanted pregnancies, but who have found they have a fatal foetal abnormality, or for women who have been raped, there is no sympathy. They too have to cross the Irish Sea to access this vital, safe and common form of health care.

The recent spotlight on reproductive rights has convinced many that it’s time that abortion was taken out of criminal law entirely across the UK and treated as simply a part of women’s health care. The fantastic victory of the Repeal the 8th campaign in the Republic of Ireland in 2018 won legal abortion services there for the first time, and from that achievement a new slogan was born, “The North is Next”. Alliance for Choice in Northern Ireland and Abortion Rights in Britain are campaigning for the decriminalisation of abortion. There is no government currently in place in Northern Ireland, but you can write to your MP to demand action.

So when Donald Trump comes to visit next week, let’s take to streets and protest, but when he leaves let’s not forget the Alabama on our own doorstep. 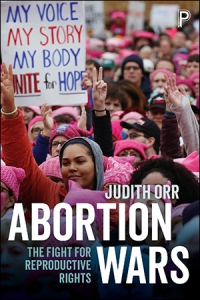