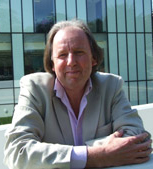 It is just over ten years since the launch of the media story and storm about the death of a little boy who came to be called ‘Baby P’. He was killed in August 2007 but it was in November 2008 that his mother, her boyfriend and the boyfriend’s brother were each convicted of ‘causing or allowing ‘Baby P’s’ – Peter Connelly’s –death.

The media frenzy which followed was led by The Sun newspaper and its editor, Rebekah Brooks, supported by her Cotswold neighbour and friend, David Cameron. At the time he was leader of the Conservative Parliamentary opposition and he made a political issue out of Peter’s death, blaming Labour-controlled Haringey council and the social workers it employed.

I am a social worker and a former Director of Social Services. From 2008 until 2016 I was Professor of Social Work at Kingston University and St George’s, University of London. Each week I also oversaw children’s services improvement in areas rated by Ofsted as not performing well.  My location in south London and my experience led me to be frequently called upon by television, radio and the print press to comment on the ‘Baby P’ and related stories (the record was 14 television and radio interviews on one day between 11:00 and 18:30 on one day).

The Baby P story targeted and vilified, in particular, Haringey’s director of children’s services, Sharon Shoesmith, and the social worker and her team manager who had sought to help the Connelly family and to improve the care of the Connelly children. They worked hard and were seeking to tackle the neglect the children were experiencing. It was only in the weeks before Peter died, which was after the boyfriend’s brother had moved to live with the family (unknown to the social worker and other professionals involved with the family), that neglect escalated quickly to physical violence and abuse.

The distorted media’s Baby P story of incompetent social workers and managers led to them losing their jobs and being threatened. The social worker had to move home several times. Sharon Shoesmith, on the advice of the police, had to have a secure safe room built within her flat.

Through my media work, I became more and more concerned about how the Baby P story was being miss-told, about the real dangers being created for the social workers, their managers and their families (who were also threatened), and how throughout the UK it made it harder to protect children due to difficulty in recruiting social workers, health visitors and paediatricians.

My increasing knowledge and concerns about what was happening led me to write The Story of Baby P: Setting the Record Straight, largely written in the summer of 2012. The mainstream publishers I contacted would not publish the book and I was delighted when Policy Press took it on board. It was not, however, published until June 2014, after the phone hacking trial in which Rebekah Brooks was one of the defendants.

How has the book made a difference? What impact has it had?

Firstly, it has provided a correction to the story created and peddled by The Sun and others. In addition to it selling 8,000 copies it was used in preparing a 90 minute BBC One television documentary broadcast during prime time in October 2014. It has formed the basis of over 40 conference presentations I have given to what must be more than 6,000 social workers, but also police officers, lawyers, doctors, health visitors, midwives and teachers. I have also given several public lectures attended by a wider public, plus book signings.

The book and the information within it has  been referenced in oral and written evidence to Parliamentary Select Committees and it has been covered by a range of national and international media, including Russia Today, a South Korean national newspaper and a German magazine.

With an expanded and updated edition published in 2017, it has tracked the continuing impact of the media’s Baby P story with more children being caught in the child protection net. This has happened at the same time as politically-chosen austerity since 2010 has targeted poor families and public services leading to big cuts in the help which can be given to children and families. This tracking of the changes has been reported by broadsheet and tabloid newspapers as well as on radio and television. I still receive requests today from the media (one this morning, as I write this blog, from BBC Radio Four’s The World at One) to comment on what has happened to children’s social services and child protection over recent years.

The book has had an impact for those who gave their professional lives to help and protect children, but who themselves were the subject of harassment and hatred because of the skewed story promoted by The Sun and others. When I wrote the book I had not met those who were placed in danger by the campaign of hostility led by Rebekah Brooks. I did not want to add any more intrusions into their lives.

In the months prior to publication, Patrick Butler of The Guardian, who wrote the Foreword to the book, helpfully and appropriately alerted Sharon Shoesmith to its forthcoming publication. I subsequently have met with Sharon, and with Maria and Gillie, the social worker and her team manager. They are each impressive. Wise, caring and with substantial former careers in social work and education, they were and should be much respected. Their commitment to help children was ended by the media coverage. They have not been able to continue their careers and work.  But they have found it helpful, as reported in Community Care magazine, that they and their families, friends and colleagues now have a public record of what actually happened and about the press and political opportunism which generated the hatred they have experienced and which has hindered the care and protection of children. It has left a legacy of a children’s social services system in England which has moved beyond crisis to, in some areas, collapse. 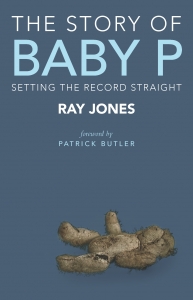 The Story of Baby P, by Ray Jones is available on the Policy Press website. Order here for £12.79.