‘We’ve got stuff all, absolutely nothing!’: Summer holidays and the geography of extra-curricular activities 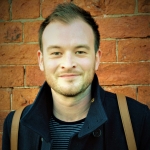 Extra-curricular activities are crucial for nurturing children’s ‘softer’ skills outside the classroom. However, our recent Social Mobility Commission report highlights a dearth of opportunities for young people in some communities, meaning many will spend the next six weeks with little to do.

Extra-curricular activities have made it onto the government’s agenda in recent months. Activities like joining a sports team or learning a musical instrument were considered vital for young people’s future success by outgoing education secretary, Damian Hinds, who advocated recently for greater ‘character’ and ‘resilience’ in school children – arguably a purposive shifting of responsibility for young people onto young people themselves. Nevertheless, the space extra-curricular activities provide for developing those so-called ‘soft’ skills, like confidence and independence, has been recognised.

This was highlighted in the study colleagues and I conducted for the Social Mobility Commission, published during what was for many the last week of the school year. However, what the report also highlights are the concerning disparities – social, geographical, ethnic and gendered – in young people’s access to and engagement in extra-curricular activities. One figure, for example, showed that whilst one in five White British children took part in some form of music tuition, only 4% of British Pakistani did so. And although almost two-thirds of boys took part in sporting activities, only 40% of girls engaged in some form of sport.

Particularly striking from the focus group data, however, was the scarcity (and in some cases, the total absence) of extra-curricular opportunities in some local communities. In some of the villages where the students lived, even the most basic facilities and resources required to deliver enriching activities had disappeared (a likely symptom of the ongoing tightening of local authorities’ fiscal belts). This was especially the case for those interviewed at Coalfields School*, whose intake was primarily children living in former coal mining communities near to the school. Both pupils and parents from one of these villages, Forkhill*, reported there was literally nothing to do and nowhere to go for children in their community. As one pupil described, ‘there used to be a youth club but that’s gone now.’ Another explained how he now had to catch a bus to a neighbouring village to play football on weekends as his local team had ceased to exist.

Many pupils and parents at the school pointed to an exponential decline, particularly in recent years, of provision in these communities. Youth clubs, swimming pools and sports clubs that had for decades provided space for children to socialise and learn new skills outside of school had closed down. Even remaining green spaces were considered no-go areas, due to anti-social behaviour and a lack of maintenance – comments that chimed with the Local Government Association’s anxieties about the impact of spending cuts on local communities.

It was particularly appropriate, then, that our report was published during the last week of the school year. During term time, many children have the option of staying on campus after hours and taking up activities that schools provide, offering a safety net for working parents. However, once the school gates close for the summer, many families lose that lifeline. Indeed, it is easy for many of us to overlook the fact that, for the next six weeks, thousands of children across the UK, particularly from poorer families, will struggle to find meaningful ways to spend their time. Some – like several children I spoke to during the course of this research – will even struggle to afford the bus fare to leave where they live and take part in activities elsewhere.

Working on this project, I reflected on my own summers growing up. My mum was a primary school teacher and so my two brothers and I were fortunate that she was able to spend the entirety of the six-week holidays with us (often on prolonged caravanning holidays on the North Yorkshire coast – poor mum). As a teenager, I was lucky that the youth jazz orchestra I played with continued to perform throughout the summer. I was also lucky that my village was closer to a town in size – it had several football teams that kept my brothers occupied, as well as youth clubs that ran throughout the holidays out of church halls. But what options are available for young people from poorer families who aren’t so lucky? What about those who live in the small villages discussed in our report, who can’t afford to travel elsewhere, whose parents have to work throughout the holidays, and who don’t have the luxury of extra-curricular activities at the end of their street or within a few miles’ radius?

Yes, Damian Hinds was correct in his assessment of extra-curricular activities: that they provide crucial opportunities for children to learn and develop new skills, including those ‘softer’ skills identified in our study. Yet, at present, children and families, particularly with lower incomes, in rural and semi-rural areas are disadvantaged, especially at this time of year, and the government’s austerity programme continues to exacerbate the problem, greatly reducing local authorities’ capacity to deliver services. It is also worth noting here that, under current financial pressures, even schools themselves are struggling to provide these crucial opportunities to nurture students’ skills and abilities. One teacher I spoke with explained that a colleague ran an after-school club essentially free of charge, outside of their contracted hours. It’s one thing for government to wish for a ‘joined up effort from the entire community’; it’s quite another to expect schools and communities to provide opportunities for young people without the dedicated funding required for such a task.

When you enrol your children in summer clubs or embark on your annual trips overseas this summer, remember that many children and their families aren’t so lucky. Long-gone are the opportunities families in Forkhill were once able to rely on; many who live there could end up spend the next six weeks waiting patiently for the next school year to begin.

Sam Whewall is a PhD candidate in the Department of Education, University of Bath. His research focuses on the higher education transitions of British youth in different social and geographical contexts.

*Please note that names have been changed.