In early 2014, the ‘Birmingham Trojan Horse affair’ – a supposed ‘plot to Islamicise schools’ – hit the headlines in the UK media. This followed the discovery and leaking to the press of a letter purporting to come from one of those involved in the alleged plot.

The letter is widely regarded as a hoax, but its consequences have been immense. It has been a major determinant of public policies associated both with education and with the government’s counter-terrorism strategy, Prevent. One example includes the duty on schools to promote ‘fundamental British values’ that was adopted in November 2014, and the affair was used the following year as the primary example of ‘extremist entryism’ that would be guarded against by a new Counter Extremism Strategy.

In the words of Farah, a pupil at one of schools featured in the play, Trojan Horse: 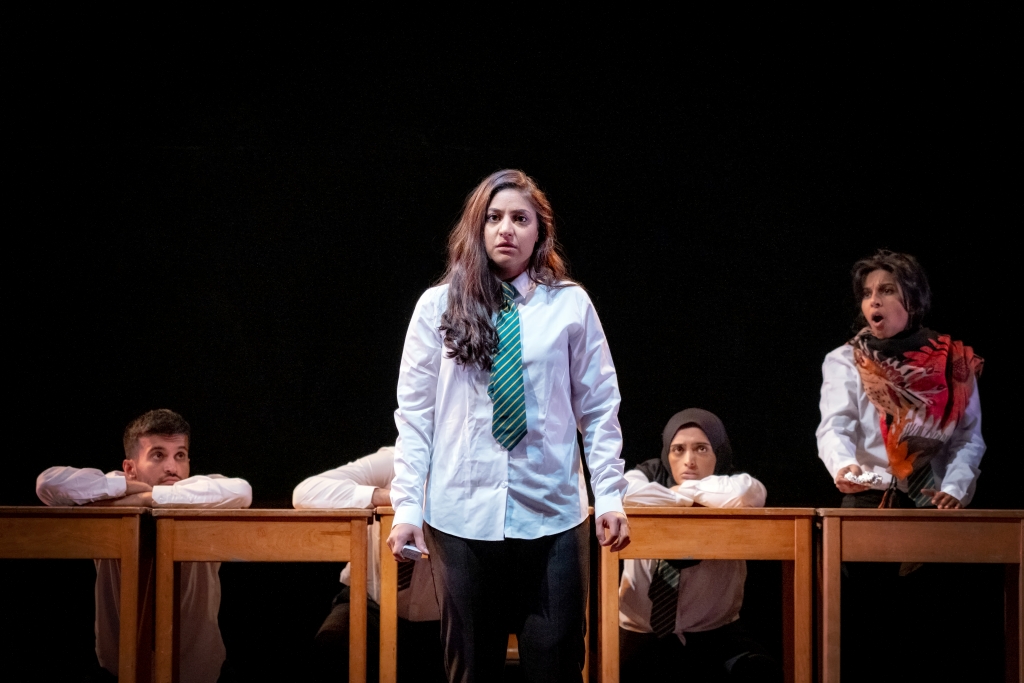 Professional misconduct cases were brought in four separate cases against 12 teachers associated with Park View Educational Trust and one other school. These dragged on for over two years, but were discontinued when the case against the senior leaders at PVET collapsed in May 2017. This was a consequence of serious impropriety by lawyers acting for the Government agency bringing the prosecutions.

In the Policy Press Short, Countering Extremism in British Schools? The Truth about the Birmingham Trojan Horse Affair, myself (also an expert witness for the defence) and Therese O’Toole provide a forensic examination of the affair, drawing a parallel with the actions of the media and authorities over the crush disaster at Hillsborough football stadium in 1989 and the misrepresentation of the behaviour of fans and cover-up of the culpability of police. No lives were lost, but reputations were destroyed, careers ruined and livelihoods lost, on the basis of peremptory action by the authorities and a cover-up of their own involvement.

The affair represents a key moment in multicultural Britain, involving the scapegoating of Muslims and the disregard for due process and rights. Indeed, it is itself a betrayal of the very values that teachers and governors were argued to have disavowed.

“I cannot recommend strongly enough Countering Extremism in British Schools? The Truth about the Birmingham Trojan Horse Affair… It is an assiduous, impeccably researched account of the events that took place in Birmingham. It makes utterly devastating reading. And it is profoundly troubling in light of the official significance of the case.” Peter Oborne, journalist

Since writing the book, I have been academic adviser to a play, Trojan Horse, by Helen Monks and Matt Woodhead of LUNG theatre (in association with Leeds Playhouse). This is a verbatim play based upon transcripts of the inquiries and over 200 hours of interviews with 86 individuals involved in the affair. The play stages this injustice in the words of its participants (though some characters are composites of interview material) and discussion of the wider issues of publicity and social justice it raises are discussed in this open access article from Civic Sociology.

It was first staged at the Edinburgh Festival Fringe in August 2018 where it won a Fringe First Award and the Amnesty International Freedom of Expression Award. It completed two national tours in October-November 2019 and January-February 2020 with over 60 performances at 26 different venues, including a guerrilla performance in Alum Rock, Birmingham, where the schools are located.

Each performance has been accompanied by post-show Q&As chaired by the Engagement Manager, Madiha Ansari, involving myself, representatives from MEND (Muslim Engagement and Development) and other guest speakers. The play has been taken up as a case study by Index on Censorship as part of their review of the impact of Prevent on representations of Muslims in the arts. The All Party Parliamentary Group on British Muslims has invited LUNG theatre to perform the play at Parliament although this is pending the end of the Covid-19 crisis.

Our objective is to have an official inquiry into the conduct of the Department for Education and its agencies. We are also seeking an apology to the teachers and governors whose reputations and livelihoods were ruined, as well as compensation for their financial losses. 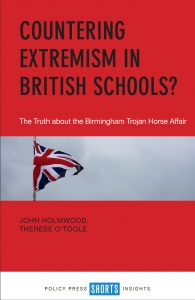 Countering Extremism in British Schools? by John Holmwood and Therese O’Toole is available on the Policy Press website. Order here for £11.19.