Educational violence, police ferocity and the erasure of Black girls

Ja’eisha Scott (age 5), Kaia Rolle (6), Desre’e Watson (6), Salecia Johnson (6) Jmiya Rickman (8). In schools, these young students and countless others have been wrongfully charged and convicted of being older than they are, too aggressive, disrespectful, dangerous and less deserving of nurturing. However, under the larger view of the world, their names and experiences have been invisible.

Invisibility can result in poor access to education, mental illness, incarceration and even death. The current conversation of racism, anti-Blackness and violent policing of Black people centres primarily on Black males, young and old. This narrative ignores the fact that the true epicentre and origin of this crisis is the experience of Black children in schools and, specifically, it exacerbates the oversight of Black girls. The harming of Black girls is often removed from the discussion of school discipline. Nevertheless, the pipeline from pre-school to prison includes them. Previously, the journey to incarceration was thought to begin in the third grade of elementary school, as signalled in the name of the school-to-prison pipeline phenomenon. Yet, research continues to reveal that the road begins much earlier than age 8. In 2016, the US Department of Education reported that Black pre-schoolers, aged 3 and 4 years old, were nearly four times more likely to receive one or more suspensions when compared to White pre-schoolers. Alarmingly, Black children comprise only 19 per cent of pre-school enrolments, whereas they make up 47 per cent of pre-school suspensions.

Furthermore, the data shows that while Black girls comprise about 20 per cent of the school population, they make up 54 per cent of the out-of-school suspensions. This number shows an astonishing disproportionality for Black girls being pushed out of educational spaces when compared to other groups. ‘Pushout’, starting in pre-school, has lasting effects. Researchers Meek and Gilliam discussed data in 2016 illustrating that later school suspension and expulsion can be traced back to pre-school suspension. Data shows that when a child is suspended in pre-school, they are ten times more likely not to finish high school and to experience teenage or adult incarceration when compared to children who were never suspended or expelled. To put it another way, the arrests of Ja’eisha, Kaia, Desre’e, Salecia and Jmiya exponentially increased their likelihood of later mistreatment, incarceration and possible early death.

This problem is not new. Throughout the history of the United States, schooling has made been inaccessible to Black children. The US law prohibited Black children from obtaining formal education through the late 19th century, allowed for racial segregation of schools through the 1970s and continue to adopt racist policies that underfund schools in predominately Black communities. For centuries, these practices and legislation have had lasting and traumatising effects on Black individuals. When symptoms of these traumas and adversities present in educational spaces, Black students are deemed intellectually or emotionally impaired and referred for testing. These testing approaches further perpetuate the anti-Black sentiment in public education by using culturally and racially biased standardised assessments and methods to respond to reported student behaviour. Schools have ostracized the cultural expressions or existence of Black students in classrooms. Practices throughout the educational continuum lead Black students on the trajectory of adverse outcomes. The current crisis of school discipline is a crucial element along the pre-school-to-prison pipeline.

Detrimental educational experiences of Black girls are often excluded from the discourse surrounding racism in schools, rendering them invisible. This invisibility further marginalises Black girls and prevents the development of evidence-based solutions from nurturing their development. The disregard of Black girls in the narrative of harsh punishment prevents the investigation of intersectionality. For example, Black girls intersect at the experiences of racism and sexism; they not only contend with racist policies, attitudes and behaviours, they also endure sexist treatment. Furthermore, adding the barriers of ableism, transphobia, xenophobia, heteronormativity or any other system of bigotry to the Black community creates a macrocosm of social injustice. Therefore, to be Black and x means to be at least twice as disenfranchised, twice as attacked and twice as forgotten.

The voices of Black girls and women have too long been silenced while being imperative to the movement for civil rights. The miseducation of Linda Brown (9) through legal segregation led to the landmark supreme court ruling in 1954 that separate was not equal in the Brown vs. Board of Education case. Following that verdict, Ruby Bridges (6) and Elizabeth Eckford (15) faced a violent throng as they entered newly integrated schools, and still today the mistreatment of Black girls persists. The terrorising behaviour towards Black girls continues in the community as observed during the police aggression towards Dajerria Becton (15), and towards Aiyana Mo’Nay Stanley-Jones (7), which led to her premature death.

The harsh and intolerable actions toward Black girls follow them into womanhood and at times result in death. Extreme school discipline tactics can even be seen in higher education, as demonstrated when graduate student Lolade Siyonbola (34) was interrogated by campus police who questioned her presence on campus. Lastly, whether in school or out in the community, Black girls and women face punishment simply for existing. Pamela Shantay Turner (45), Atatiana Jefferson (28) and Breonna Taylor (26) lost their lives through the most egregious acts of violence at the hands of the police, while walking home, playing video games and sleeping respectively. It is time to understand that schools will continue to be a pivotal source of harm for the Black community if there is continued failure to adequately eradicate racism in educational spaces from pre-school all the way through higher education. 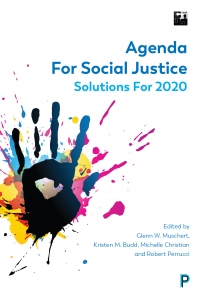