Sociology involves partly discordant paradigms. Critical realism offers ways to connect them into a more coherent, convincing and policy-relevant discipline. This includes attending to three levels of reality: values; all aspects of being human; and stages of transformative change.

Sociologists are notably absent from public and policy debate. One of countless examples is their omission from the UK government’s Scientific Advisory Group for Emergencies (SAGE). Yet sociologists are urgently needed to explain connections between COVID-19 science and society.

Lack of public confidence in sociology may be explained by disagreements within the discipline. Sociologists have been compared to an orchestra of soloists all pursuing disconnected directions. They each work as if their method is self-sufficient and standalone and compensates for the failings of all the others. They lack a cohesive ‘intellectual division of labour’, with mutual learning and exchange. If sociologists disrespect one another, why should anyone else respect them?

Many research departments function like warehouses where vast amounts of data are described and measured and from which self-evident policies are supposed to flow. The researchers then wonder why their evidence has so little actual effect.

Pick-and-mix sociology degree courses present students with an array of partly discordant paradigms. Courses lack the essential theoretical map that is at the heart of most disciplines (medicine, for example), which positions all the complex theories, methods and data coherently in relation to one another. Social science courses can leave students bemused and cynical. Does any single paradigm matter, or matter more than any other? If they are like a box of jigsaw pieces, critical realism offers the picture on the lid, though the picture is never complete.

The key problem is the unscientific tendency to ignore theories, or take them for granted, or see them only as research hypotheses. Emphasis on observed evidence prevents attention to theories and causes, which are mainly unseen. It is as if life scientists researching a pandemic ignored the invisible virus as not admissible evidence, and examined only its effects. If Newton or Einstein had stuck with ‘evidence base’, they would never have proposed explanatory theories of gravity or relativity.

Equivalent explanatory theories in social science involve systems of (in)justice and (in)equality. Yet further vetoes on researching these causal powers include fear of bias. The bias in silence and avoidance, which inevitably actively or passively support the powerful groups, is mistaken for neutrality.

A long history shows researchers being unwittingly led by their assumed unexamined theories into sexist, racist and eugenic research. Methods such as randomised controlled trials (RCTs) tend to concentrate on the need of disadvantaged individuals to change. They deflect attention away from less visible, non-randomisable causes of social problems: powerful national and multinational agencies that increase ill-health, failure and crime. If power is occasionally recognised, it tends to be as a vague Foucauldian presence. Whose interests the power serves, how and why, are mainly disregarded.

Inattention to unseen causes prevents critical insights into how to resolve, reduce or prevent them. Policy advice then tends to be superficial, comparable to prescribing paracetamol for pain without checking first if there is a broken bone or a tumour.

For nearly 50 years, critical realists have worked to resolve these problems, starting with three separate levels of reality:

In mainstream sociology, too often, the empirical and actual are blurred together, while the real level is ignored. Attention centres on statistics, for example, about the effects of poverty, detached from the actual detailed lives of deprived people that give statistics human meaning. Real political and economic causes and remedies are also largely ignored.

The larger three-tier framework of reality helps to resolve discord between sociology paradigms. Interpretive research on perceptions and descriptions complements positivist and realist records of actual things and events. Together they can lead to analysis of underlying causal mechanisms.

Positivists attempt to construct closed (single-influence) systems in RCTs and labs. Yet in social reality there are always open systems (multi-influences) to be analysed.

Sociologists tend to assume weak agents shaped by strong systems and variables, or else strong agents drawing deliberately on weaker structures. Critical realism attends to complex relations between agents and powerful social structures that exist in and through human relations.

Many sociologists aim to avoid values, as if objectivity means being value-free. Critical realists recognise that social life and research are imbued with values. These need to be explicitly analysed, rather than evaded by relativism or oversight.

Critical realism is not a research method but a toolkit of theories and frameworks for richer data analysis. The four planes of social being combine all the interacting aspects of being human: physical, interpersonal, social structural and inner being. They remind, for example, researchers of mental illness, who often assume the physical plane is irrelevant, that understanding mental patients’ physical states, their diet, exercise and contact with nature, is vital.

There is great international ‘demand’ for critical realism courses among students and younger researchers. Yet there is insufficient ‘supply’ from established lecturers and researchers, who seldom have time to digest complex texts which are often said to be dense and confusing. However, increasingly, critical realists are writing clear basic introductions. COVID-19 and the climate crisis are bringing great changes to society. Critical realist concepts and interdisciplinary approaches can assist sociologists working with their colleagues in all other disciplines to meet these crises. 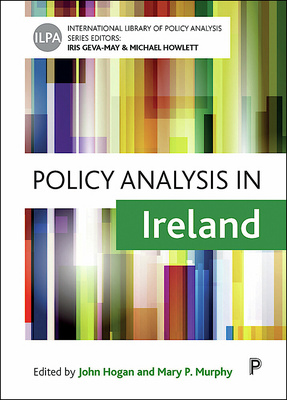 Critical Realism for Health and Illness Research by Priscilla Alderson is available on the Policy Press website. Order here for £21.59.