Their shame and our pride: How the radical right uses emotions for political gain

Radical right politicians use emotions to gain political support. They present themselves as the political force that protects the people from the negativity of ‘the Left’ and ‘liberals’. Individuals, prone to feeling shame, humiliation and resentment in their everyday life, may be particularly drawn to such rhetoric.

The radical right politicians, coming from different national contexts, are adopting an emotional narrative that invokes shame and pride in order to garner political support. Increasingly numerous research studies in recent years have pointed to the role of emotions, such as fear, anger and resentment, in the mobilising rhetoric of right-wing populist leaders. Shame and its impact on the electorates of the radical right, however, have remained relatively underexplored, perhaps because shame is characteristically elusive. People tend to avoid revealing to others their feelings of shame or embarrassment.

However, the precariousness of working life, a heightened sense of personal responsibility for one’s failures as well as expectations of a certain standard of living in contemporary capitalist societies facilitate the feelings of shame and humiliation. Right-wing political entrepreneurs seem to have recognised the mobilising potential of these negative emotions, as our recent investigation into the strategic use of emotions in radical right countermedia in the US and Poland reveals. Countermedia are media outlets that explicitly oppose the ‘mainstream media’ and the political establishment more generally, such as Breitbart in the US and wPolityce.pl in Poland. They play an important role in managing the emotions of radical right voters.

The rise of a shared emotional narrative can be observed in the countermedia outlets following the ascendancy of right-wing populist politicians on both sides of the Atlantic. The countermedia articles typically depict ‘the Left’ and ‘liberals’ as those who are ashamed of their country and heritage and who use every opportunity to criticise, discredit and make Poles or Americans feel ashamed and/or guilty of their country’s history, founding values and principles.

The right-wing nationalists and conservatives, or ‘patriots’, on the other hand, are portrayed as those who defend the people from the unpleasant emotions of shame and who feel proud of their country, its history and national achievements. History and references to the past and heritage acquire a particularly important role in this antagonism between shame and pride. As a result, the former US President Donald Trump is celebrated as the embodiment of national pride, who allows Americans to feel proud of their country’s history. Similarly, Jarosław Kaczyński, the leader of Poland’s ruling right-wing Law and Justice party, and the President of Poland Andrzej Duda emerge as figures who rescue Poles from the liberal ‘pedagogy of shame’ directed at the nation’s past. In contrast to this model of proud patriotism, both Polish and American countermedia outlets especially target celebrities and liberal ‘elites’, who outspokenly confess their feelings of shame about the state of affairs in their respective countries. Polish actors are mocked for their feelings of shame felt about Polishness and Polish nationalism. American sports celebrities and popular entertainers are criticised for their expressions of shame about the US, its history of slavery and Donald Trump.

Independence Day celebrations are a perfect opportunity for radical right politicians to make use of strong emotions and mobilise their constituencies around both pride and shame. One the one hand, these politicians praise the pride of those celebrating the greatness of the nation and, on the other hand, they shame those who dare to disrespect what makes the nation great, namely the ‘leftist’ enemies. Poland and the United States offer particularly lucid examples of the nationalistic hijacking of Independence Day celebrations and it is no surprise that countermedia outlets in these two countries cover the topic extensively.

Indeed, these celebrations offer a markedly easy frame to provoke strong emotional reactions and enhance the polarisation between right-wing and left-wing supporters. Emotionally charged Independence Day celebrations resonate strongly within the community that is targeted by both the radical right politicians and the countermedia. They use the Independence Day celebrations to strike the patriotic cord and ostracise the nation’s ‘enemies’, marking the limits of national belonging. This use is clearly strategic: after Donald Trump came to power, the number of countermedia articles on Independence Day celebrations in Breitbart grew steadily, and even tripled between 2017 and 2018. The same phenomenon can be observed in Poland: after the 2015 parliamentary elections, the number of articles on wPolityce.pl began to grow steadily to finally peak during the 2018 centennial anniversary of Independence Day of Poland when the emotional reactions were the most intense and polarising.

Towards a new emotional regime?

The rise of shared narratives of shame and pride in the radical right rhetoric is part of a broader emotional regime, which functions by creating affective solidarity within a given community. This new emotional regime taps into deep-seated frustrations and grievances of radical right voters and instructs them how to feel about their country, its history and politics. However, even though the emotional rhetoric provides opportunities for voicing outrage and promises empowerment, the radical right social policies further contribute to the escalation of feelings of insecurity, humiliation and helplessness. A vicious cycle is produced.

Rūta Kazlauskaitė is a postdoctoral researcher at the Faculty of Social Sciences, University of Helsinki, Finland. She is an interdisciplinary scholar, working at the intersections of media studies, memory studies and philosophy of history. Her current project examines museum memory politics in Poland.

Gwenaëlle Bauvois is a researcher at the University of Helsinki based at the Centre for Research on Nationalism and Ethnic Relations (CEREN). She is a sociologist working on issues related to radical right, anti-immigration movements, hybrid media and post-truth politics. 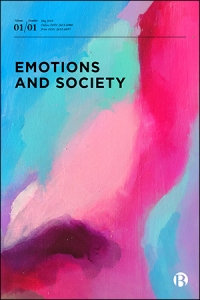 Read the author’s Emotions and Society journal article ‘Mediating shame and pride: countermedia coverage of Independence Day in Poland and the US‘ which is Open Access.