Paul Sng’s Invisible Britain is a book of stories that are rarely heard. It is a book about people who are often marginalised in the media, neglected by politicians and ignored within society. Here, Sé Oba-Smith tells his story.

Gregory Fredrick Watson was my cousin. We became like brothers when I turned 16. Facing depression myself, I found Greg intelligent, having dealt with many issues himself growing up. He had a very down-to-earth perspective. He was loud, he was funny, and he was very honest. He gave me advice and mentoring through tough times, something I tried to do back. Unfortunately, he committed suicide last winter, aged 26.

After Greg’s mum became pregnant with him, she had psychosis and entered a very dark place. This was worsened by the various medications prescribed to contain her condition. She had no ability to care for herself. When Greg was born, our family wanted him to be taken away from his mother. We thought she would struggle with a young child. His father was adamant that they could look after him, shouldering the burden of a young child and a mentally ill partner. As Greg grew older and his mother’s mental state worsened, his dad slowly began to lose his grip. Greg was neglected emotionally and physically.

When we were kids, our Uncle Nnamdi hung himself at the age of 22. Greg, my brother and me all idolised Nnamdi. His suicide deeply affected the way we all see the world. Greg said that he first started feeling suicidal at the age of 12, when he started secondary school. He was bullied extensively and was hit by his dad. He changed massively in appearance and attitude in order to cope. The bullying was based on  his mum’s condition, his mixed racial heritage and his sensitive nature. As Greg got older he dropped out of college to look after his mum and to reflect on his life.

Once his dad left home, Greg was the last one left and became his mother’s carer. After his dad died in 2015, he ended up having a breakdown, due to the bad relationship he’d shared with his father and the deep regret for what they should have had. He also thought about his mother’s mortality and questioned his place in the world without his mother.

Greg tried to commit suicide a couple of months later. He told me he was about to jump out the window and said to his mum, ‘Shall I jump?’ and she replied, ‘I don’t mind. It’s up to you.’ He got down, grabbed a wire and began to strangle himself, shouting, ‘Tell me not to do it – stop me.’ He suffered with psychosis and began reading into and creating connections with everything. Shortly afterwards Greg moved in with my mum and his mental health started to improve slowly.

In the summer of 2017 he broke off contact with most of our family. Then in winter he contacted my mum asking for help to get his mum to a hospital. He had stabbed himself twice in the stomach that day in guilt and frustration at her condition, having also previously tried to harm and kill himself multiple times that year. He spoke to my mum daily as she tried to get him away from the guilt and depression. Three weeks later he was found dead.

I had seen Greg three days previously to try and help him. He’d been extremely vulnerable and subdued. From 2011-2017 he made multiple cries for help. He went to his GP and asked for help with depression and the other mental issues he was facing. He was admitted into hospitals whenever he harmed himself. He called hotlines trying to get help. On each occasion the response was the same: he was prescribed with antidepressants. He took the drugs for short periods, but found no improvement and stopped.

Our mental health system is Victorian. Often it’s only reactive when it’s too late. You can only get counselling promptly if you harm yourself. Mental health is increasing in people but the funding is lowering. Mental illness isn’t universal. You can’t just give somebody one thing and they feel better. Everybody has their own way of coping. Asking for help is a big deal and shouldn’t be shrugged off until someone gets worse. We need a more proactive mental health and educational system, alongside more counselling. 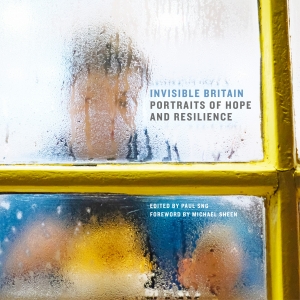