With Brexit shrouded in uncertainty and likely to remain so for an indeterminate length of time What Brexit Means for EU and UK Social Policy, a new Policy Press Short by Linda Hantrais, out this month, adopts a long view to help readers understand how we got to where we are and how social policy might be reconfigured in the wake of the withdrawal negotiations.

By drawing on a range of disciplinary, conceptual and theoretical approaches, the book explores the complex interconnections between social policy formation, implementation and governance in the EU before, during and after the UK’s membership. The chapters examine the issues, debates and policy challenges facing the EU at different stages in its development, as national interests evolved and polarised under pressures from public and parliamentary opinion, fanned by a persistently hostile British press, and shaped by the personalities, beliefs, judgements and prejudices of politicians and their electorates across the EU.

By documenting how UK governments,  officials and social scientists – often simultaneously – promoted and hampered European social and employment policy, the book seeks to explain why Brexit is unlikely to facilitate close social integration within EU27, and why the impact of Brexit on UK social policy is unlikely to result in a reversal or the unravelling of many decades of social and employment legislation implemented by UK governments after being subjected to rigorous parliamentary scrutiny.

The book argues that the seeds of euroscepticism were sown in the 1950s in the social domain before the French voted in a referendum on enlargement in 1972 to accept the candidacies of the UK, Denmark, Ireland and Norway for membership of the European Communities (EC). For the six founding member states, with their corporatist employment-related insurance-based regimes, the social dimension was already controversial and divisive. A recurring theme throughout the book is that, from the outset, UK governments of whatever political persuasion were never wholly committed to European political and social union. The UK was only ever half in and never completely relinquished control over its national social protection system. One of the reasons why successive UK governments supported widening (to 28 members states by 2016) rather than deepening of the EU was that they expected the greater diversity of social, economic and political systems to dilute the federalising ambitions of EU institutions, and to make the chances of the EU becoming a social superstate ever more unrealistic.

The UK’s confrontational approach to European social law-making became most salient during the Thatcher years. The price to pay for the completion of the Single European Act 1986, which the UK government had strongly promoted, and which was designed, drafted and implemented by Arthur Cockfield, the UK’s appointee to the Commission, was the extension of qualified majority voting for health and safety measures. While supporting the overall aim of raising regulatory standards in industry to prevent unfair competition, the UK government opposed further encroachment by European institutions in the social domain, and it fell to John Major to prevent the Social Chapter from becoming the social arm of the Maastricht Treaty in 1992, considered by many observers as marking an irrevocable step along the path to Brexit.

By using its blocking powers and opt-outs to protect national sovereignty, the UK forfeited the opportunity to be present at the negotiating table, giving the European Commission a chance to test the widely held belief that the UK was a major force preventing social integration. The evidence was far from conclusive. Other national governments, most notably Denmark and Ireland, also had recourse to opt outs, and they voted in referendums against treaty reforms that they saw as a threat to national sovereignty.

The Labour government under Tony Blair opted into the Social Chapter in 1997, allowing it to become legally binding, and the UK came close to  losing the remnants of its sovereignty in the social domain, when (with Ireland  and Sweden) the government opened its borders to uncontrolled intra-European migration from Central and Eastern Europe in 2004. At the same time, heads of state and government agreed on regulation 883/2004 (implemented in 2010) on the regulatory coordination of social security rights, which laid down the principle of the exportability of benefits. This was one of the issues on which David Cameron was to seek, and obtain, concessions in 2016, but without being able to convince the eurosceptic UK electorate that the EU could be reformed from the inside.

By declining to join Economic and Monetary Union (with Denmark) and to sign up to Schengen (with Ireland), the UK had restrained its ability to influence EU social policy. Due to its half-in half-out position, the UK was, however, less directly affected by the 2010 eurozone and 2015 refugee crises. While UK governments were resisting EU-driven social legislation, officials and advisers to the European Commission were closely involved in formulating soft law alternatives in the social domain, most notably through the open method of coordination. They thereby helped to extend the reach of social policy beyond employment rights by assisting with the introduction of targets, benchmarking, the exchange of good practice and policy learning. In addition, Tony Blair’s government is credited with having ‘uploaded’ Labour’s flexibility and welfare-to-work policies to EU level.
So what does all this mean for EU and UK social policy post-Brexit?

Even as the UK was triggering article 50 in 2017, the European Commission was launching the European Pillar of Social Rights. As at other critical moments in the past, in the context of widespread austerity in the aftermath of the global financial crisis, eurozone and refugee crises and the rise of populist parties, EU institutions were seeking to demonstrate that they were concerned to promote social progress for their increasingly eurosceptic and disillusioned peoples. Brexit had provided a wake-up call for EU27. The Pillar’s provisions applied primarily to the eurozone countries. Recognising the importance of national preferences in the social domain, the Pillar left individual member states to advance at their own pace, an approach long advocated by the UK.

Whether the UK leaves or remains, and deal or no deal, from the undertakings provided in the Prime Minister’s speeches, the withdrawal bill, and statements by the CBI, TUC and European Parliament, it seems unlikely that social legislation on workers’ rights will be diluted for so long as the UK is trading with EU27. The settled status afforded to EU migrants and their families residing in the UK could allay fears, at least in the immediate future, regarding freedom of movement.

Given that the UK needed ten years to join a common market of only six member states, and that Greenland needed three years to negotiate its withdrawal, it could well be a decade or more before we can understand the full meaning of Brexit for EU and UK social policy. 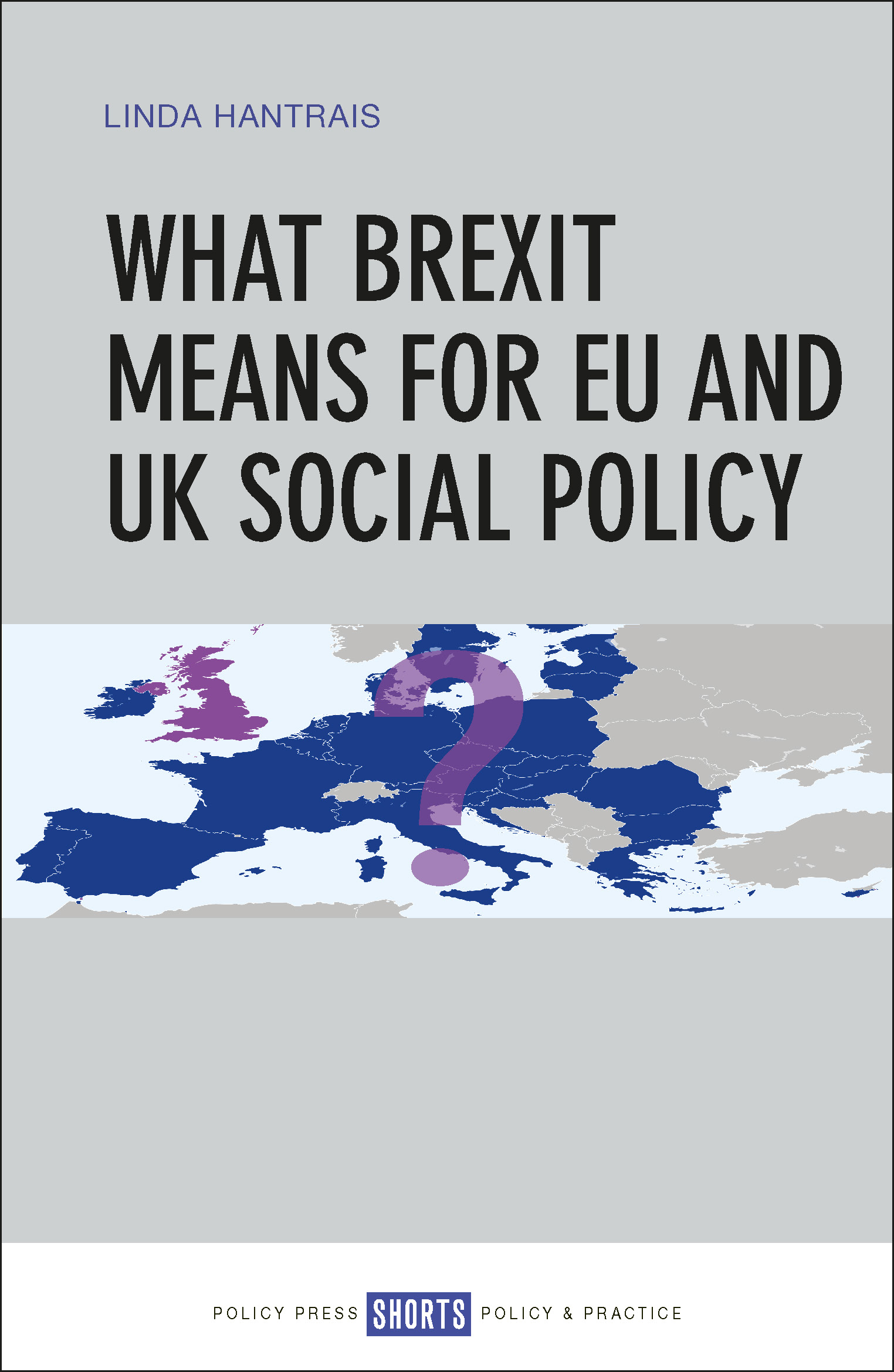 Policy Press newsletter subscribers receive a 35% discount – sign up here. Please note that only one discount code can be used at a time.
The views and opinions expressed on this blog site are solely those of the original blog post authors and other contributors. These views and opinions do not necessarily represent those of the Policy Press and/or any/all contributors to this site.