The austerity policies introduced in 2010 under David Cameron increased the socio-economic and geographic inequalities, and levels of poverty and deprivation across the UK.

The retrenchment and privatisation of public services was an ideologically informed choice rather than an economic necessity in the context of the fiscal crisis. Access to social benefits and services has been reduced and, in England, health and education are characterised increasingly by competition and consumer choice.

The corresponding individualisation of welfare responsibility eroded commitments to social solidarity and had stigmatising effects on those living precariously ‘at the bottom of society’. Brexit reflected this social, political, economic and cultural contest. Our account of Brexit and austerity in Contested Britain: Brexit, Austerity and Agency is therefore framed with the notion of agency – that the vote to leave the EU was caused to a significant degree by people feeling a lack of control in their lives.

In its successful attempt to win over working-class voters from Labour, the 2019 Conservative manifesto set out to end austerity by offering money to everyone. The UK held the General Election in December in which Boris Johnson won an outright majority. Within the Westminster system this allows the Government to push its legislation through Parliament without any effective resistance from the opposition or Conservative backbenchers.

After a decade of austerity, the new Chancellor Rishi Sunak’s budget spending plan, announced on 11 March, is ending the tight fiscal regimes of his predecessors. Public spending will increase by £600bn, the highest rise since the 1950s, which will require a major boost in borrowing and thus in public debt. Disregarding the contingency budget for the NHS and businesses to deal with the coronavirus, investments will target primarily infrastructure and transport, as well as hospitals and schools.

The budget is a populist budget lending itself to flagship projects and newspaper headlines to enhance the government’s popularity. It will not end the damaging impact of previous spending cuts, strengthen welfare, improve people’s economic hardship, nor will it lessen social divisions. Day-to-day spending on public services will remain below levels before the 2008 financial crisis. While central government can enjoy its new fiscal freedoms and exert a tight control over the allocation of resources, local government remains underfunded in international comparative terms and with insufficient financial resources for social services, libraries, youth clubs, and other leisure and culture facilities to recover.

Neither will investments in infrastructures change the material imbalance between north and south England. The constant references to “the North” in Johnson’s utterances function as a smoke-screen which is already doubted by those in the North. Instead, the concentration of power and wealth in London and the south east will continue to dominate political thinking and decision-making. For instance, plans to downgrade deprivation in the funding formula for local services will impose new funding cuts on poorer areas in the North and Midlands and redistribute money to wealthier rural areas in South England.

At the same time, the territorial integrity of the UK is contested by the diverging preferences of the devolved administrations compared with the UK Government regarding the future relationship with the EU. The Scottish and Welsh governments push for a close alignment with the European Single Market, not least because they fear severe damage to their economies when the movement of people, goods and services are disrupted.

The recently restored Northern Irish Executive agrees on avoiding a land boarder on the island of Ireland. The DUP has also been firmly opposed to the impending trade barrier in the Irish Sea, which makes a unified Ireland more likely. However, when Johnson secured an absolute majority in Parliament and no longer needed the support and confidence of the DUP, he was quick to strike a deal with the EU that will align Northern Ireland to the Single Market.

As the UK is about to negotiate new international trade agreements with the EU and other states, the governments of Scotland and Wales are strongly concerned that some of their devolved powers and powers that are repatriated from the EU will be centralised by the UK Government. Without a strong involvement of the devolved administrations, future trade deals, with the US for instance, could not only open up public services to private international companies but also undermine the devolved administrations’ own food, environmental and product standards. Hence, in January 2020, all three devolved legislators withheld their consent to the UK Withdrawal Agreement Bill, which the UK Parliament passed anyway. For now, Johnson will not allow Scotland to hold another independence referendum but it is hard to imagine how, in the long term, the UK Government can avoid the break-up of the Union, unless it works with the devolved administrations.

Recent Conservative governments do not have a strong track record of cooperating with other stakeholders. Even within the Conservative Party, critics of a hard Brexit were marginalised. Diverging opinions within the civil service are silenced, and core figures in the UK executive have cultivated a culture of bullying. Dominic Cummings, chief adviser to Boris Johnson and mastermind behind the Brexit and the General Election campaign, wants to replace senior Whitehall officials with a team of ‘weirdos and misfits’. Sir Philip Rutham resigned as permanent secretary to the Home Office, and seeks to take legal action against the Government because of the behaviour of the Home Secretary, Priti Patel, who has been accused, too, of bullying as Home Secretary, International Development Secretary and employment minister in the Department for Work and Pension.

From May’s ‘Brexit means Brexit’ to Johnson’s ‘get Brexit done’, the exclusive populist agenda in the Conservative Party has advanced, as the rhetoric has become even more simplified, emotional, combative and deceitful. During the election campaign Johnson maintained an uneasy relationship with critical media and refused to participate in the main televised debate. Subsequently, he and all members of the Cabinet have rejected all invitations to appear on the ‘Today’ programme on Radio 4. Downsizing the BBC by reducing its income, and excluding selected journalists from government briefings resemble a Trumpian attack on independent journalism.

The government is set to introduce restrictive immigration policies based on an Australia-style points-system with high visa costs; regardless of the risks for the economy and social services. The Labour Party lost some of its post-industrial heartlands in the General Election because voters, feeling economically and culturally neglected and resistant to cultural change, didn’t feel represented and acknowledged. With appeals to national sovereignty and ‘the will of the people’ Johnson persuaded them to vote for him, despite himself being an Old Etonian. People who are likely to suffer most from a hard Brexit seem to believe his visions of a great British future outside of the EU. Yet, for a ‘man of the people’ who seeks to unite the country, he was remarkably absent during the February flooding across the UK and is now challenged by the coronavirus – an event which begs a rather different leadership style. Brexit preparations have already cost 2% of the GDP, international investment has declined since 2016, and further economic downturn will follow – with the virus adding to the imminent problems of possible global recession.

It will be interesting to see how Johnson’s increasingly exclusive populism fares in the light of the priorities in everyday lives. 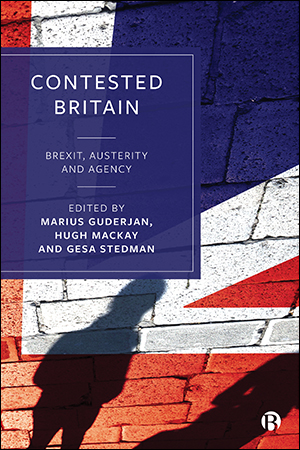