How rape myths cause miscarriages of justice 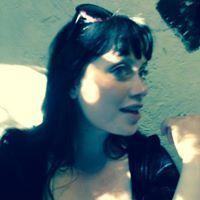 In the middle of 2017, a postgraduate student walked into my office to speak to my colleague, announcing that he was about to share some sensitive information. I made moves to leave the room to give him some privacy. ‘No’, he said, ‘I want you to hear this, too’, and informed me that he was going to go on trial accused of rape. He wanted everybody to know, so that he could be transparent. So that we would understand, if he was upset in class sometimes, why this was.

The previous week, another student had come to see me. She told me that she had been raped by her boyfriend. She was worried about doing badly in her assignment because she couldn’t bear to sleep in her bed anymore. She didn’t want me to tell anyone. She didn’t want anyone to know. She just wanted me to know. So that I would understand, if she was upset in class sometimes, why this was.

The two students did not know each other as far as I am aware, though they would go on to sit in the same lecture theatres that year, each dealing in their own way with their experiences of rape. His vocalism about being falsely accused matched only by her silence about accusing anybody.

As 2017 rolled on, a huge number of rape cases were being reviewed and dismissed before going to trial because crucial pieces of evidence had not been disclosed by the police to the defence. My student’s case was one of these 3,600 cases.

We all know the narratives based on rape myths which are patently untrue. The story about a woman’s thong being used as evidence against her, or women being told not to dress ‘like sluts’ in order not to be raped. We know that when people do use them to excuse rape, the public is rightly outraged.

But there are rape myths that persists despite the contemporary sensitivity to narratives like those above.

In the high-profile cases where non-disclosure of evidence led to the Crown Prosecution Service (CPS) changing its mind about pursuing a rape allegation, that evidence took the form of text messages between the plaintiff and the accused, in which she explained how much she loved having sex with him and how she also had rape fantasies. In other cases, pictures of the plaintiff and defendant cuddling in bed after the alleged rape took place were disclosed. Of course, maybe all of the 47 cases where rape charges were dropped as a result of the disclosure of new evidence are cases where women make false allegations of rape, though this would be unlikely. Maybe, it is rather is that the Criminal Justice System balks at cases where we are faced with unideal victims or unideal behaviour by victims.

It is a rape myth that a person who has rape fantasies cannot be raped. It is a rape myth that a woman would not cuddle with her rapist after he has raped her. Sure, these behaviours and desires are not easy to reconcile, but should only ideal victims have justice? The risk adverse approach of a CJS which will not prosecute apparently weak cases means that justice is not operating equally for all women and men, whether accused or accuser.

Instead, in the wake of these cases, we see a more troubling narrative emerging; one, like the case of my two students, that is dominated by the voices of the men accused and where the voice of the accuser is silent and absent. We see the phrase ‘miscarriage of justice’ used to describe what these men have suffered, without any consideration about what this miscarriage of justice might really mean for the women who accused them. This kind of linguistic slippage appears dangerously, almost absurdly, to turn what justice means upon its head.

Rape myths are what enable this. We are hoodwinking ourselves into thinking that we no longer believe them, yet they have never been more entrenched in the everyday grind of contemporary social life and how we understand justice more broadly. 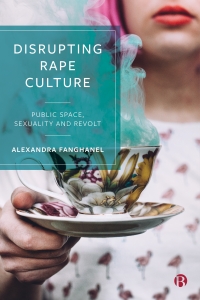 Disrupting Rape Culture by Alexandra Fanghanel is available on the Bristol University Press website. Order here for £60.oo, or get the EPUB for £21.59.