Rethinking the harms of rape 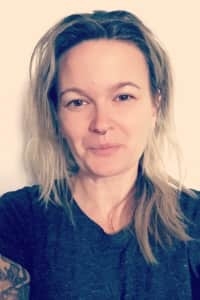 Today is the International Day of the Elimination of Violence Against Women which marks the start of 16 days of activism to end violence against women. With international events raising awareness about the impact of sexual violence, it’s a good time to think through how the dominance of ‘trauma’ might actually hide the full extent of how rape harms.

Coming out of the women’s movement of the 1970s, the first Rape Crisis Centre in the United Kingdom opened in London in 1973. It’s a sad indictment of what came after that the first centre was forced to close less than thirty years later. Independent from state provided responses, such as those in the health and criminal justice systems, Rape Crisis Centres then, as now, focused on providing services for women by women, offering ‘a grassroots response to the prevailing culture of scepticism and woman-blame surrounding rape and sexual assault’.

During the late 1970s and 1980s, centres opened across the UK. However, a lack of sustainable funding led to provision almost halving from the early 1980s to the early 2000s. This has meant that despite an increased awareness globally of sexual violence and the needs of survivors, particularly since the #MeToo movement, Rape Crisis provision over time has declined in the UK. There were just 44 centres in 2018 compared to 68 in 1984.

In this context of instability, and with competition for government funding from statutory health services, what Jeanne Marecek calls ‘trauma talk’ has gained traction within the very movement best placed to challenge it. Though some centres, such as the Women and Girls Network in West London, are doing their best to complicate the ‘the trauma of rape discourse’, it is difficult to resist drawing on it when trauma is the language that funders understand.

Critiquing the dominance of trauma as a way of thinking about the harms of rape is not the same as arguing that rape is not traumatic, nor that support provision should not be ‘trauma informed’. Rather it is to point to how such dominance can function to silence other forms of harm. Bianca Fileborn and I have written about this in relation to public sexual harassment; that in order to have our experience acknowledged, we ‘must tell an understandable story of sexual violence. The language of trauma has become necessary not only to render one’s experience of sexual violence speakable, but to render its harms legitimate’. This means that the impact of rape is increasingly reduced to the solely psychological and spoken about using professionalised and medicalised language such as clients and service providers, symptoms, disorders, and recovery. All of which is a problem because it helps to conceal the social harms of rape: the ways in which we are all harmed because some men rape.

Trauma, and more medical ways of understanding the impacts of rape, have the effect of rendering the problem and solution within the individual. She needs therapy or drugs to be able to manage the ‘symptoms’. She needs to be strong, to build her ‘resilience’. The perpetrator is hidden, as are the ways in which sexual violence is positioned by and within systemic and intersecting structural inequalities that enable, encourage, and ultimately excuse perpetration. Our attention is directed away from looking at how the consequences—and causes—of rape have cultural, social and structural dimensions, the ways it maintains and is maintained by gender inequality for example. Rape is effectively depoliticised, with individual recovery rather than social revolution the goal of intervention.

This rubs against the political analysis of Rape Crisis. My research with key women in the Rape Crisis movement in England and Wales, found that rather than being the support services we think of today, many Rape Crisis Centres were better understood as action groups. There was “a political attitude” to all aspects of their work, and instead of interventions set only on the individual many of the movement’s original practices gave equal weight given to initiating change in the system. Practices such as political translation, where activism formed a key part of the counselling process for both the women accessing Rape Crisis Centres and those working within them. Or holistic advocacy, where donations were kept in an outreach pot which women could access—for example if they’d just fled an abusive partner and needed money for food. Neither of these fit the discourse of trauma and recovery, a discourse that prioritises one-to-one counselling and professional distance. And neither attract much funding, particularly from commissioners who want to see measurable outcomes, traceable through a theory of change. These original practices only really make sense if we consider rape harms as not only psychological. But that way of thinking is increasingly side-lined and we need to find a way to get it back.

During these #16days it is worth us reflecting on what the movement has had to give up in order to secure both funding and legitimacy. And without abandoning the usefulness of trauma, commit in our work and activism to making more visible the social harms of rape. 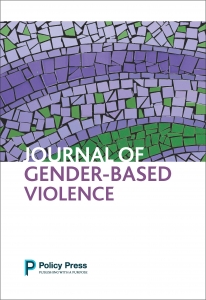