Facing the reality of the housing cost crisis 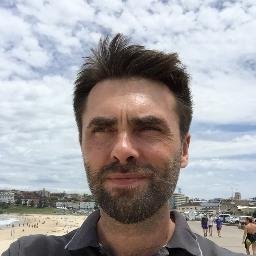 In 1973, Horst Rittel and Melvyn Webber published a paper in Policy Sciences contrasting the ‘tame’ problems of science (resolvable through the calm application of scientific rationality) with the ‘wicked’ problems of the social world. One of the ten reasons why social problems are often wicked – difficult to decode and resistant to any solution – seems especially pertinent to the challenge of advancing greater housing access and equality in England.

Groups or individuals trying to unpack, or get to the root of, a wicked problem will do so against the backdrop of their own ideology and political leaning, resulting in endless ways of explaining that problem and therefore many plausible remedies. The ideological and political preference for one type of remedy (e.g. incremental rather than disruptive to a status quo / achievable in a single parliament / inoffensive to key interests / advancing regulation or retreating from regulation, etc.) over others, tends to result in the promotion of a dominant explanation (an underpinning narrative justifying that remedy) and therefore a partial or incremental ‘solution’ that often fails to get to grips with the full extent of that ‘problem’.

Basically, wicked problems are perceived in many competing ways, depending on one’s worldview and politics, and on market position: the housing crisis, for example, is seen by some as mainly a failure to extend asset ownership, but more broadly, by others, as a failure to deliver the right to decent and stable homes in locations well-connected to schools, jobs and social opportunity.

Narrative pathways tend to split between those that present housing outcomes as a product of too much state intervention – mainly planning regulation – and those that attribute housing inequality to the excessive freedoms of the market, and not enough state intervention in the form of good quality public housing (supported by good planning). There are other narratives beside these.

For example, there is a growing awareness today of the way in which the financialisation of assets – land and the property fixed to it – propagates investor demand and drives up prices: land grabs in the global south and the inflation of housing bubbles in some major cities. But, in relation to housing, that narrative is generally relegated behind a simpler story of new housing supply failing to keep pace with rising demand for homes (mainly because of too much state intervention).

Whose Housing Crisis – published by Policy Press in April – focuses, broadly, on the financialised and monetarised demand for housing as asset versus the need for homes: it explores the tensions, inequalities and risks that this mixed rationale for housing consumption produces. As part of that focus, and taking a cue from Rittel and Webber, it tracks the key narratives (competing explanations of our predicament) behind this unanswered housing question:

First, too few new homes are being built for a mix of reasons – including a slow and locally-politicised planning process, and the failure of housebuilders to get on and deliver the housing we need, mainly because building and selling housing is less profitable than trading in land (or so the story goes);

Second, the housing market is too open to overseas investors and this form of consumption is driving a cost crisis and accentuating the tensions arising from a lack of new supply;

Third, we’re too reliant on private housebuilding and private consumption. The loss of a public housing component is core to the current housing crisis (this includes the right to buy since 1980 and the lack of new council housing over the last 40 years);

Fourth, the lack of ‘plurality’ (mixed development models) within the private sector – too much volume build and too little space for SMEs and self-build – means a low level of systemic resilience: a cycle of boom and bust amplified by investor behaviour, funding and finance arrangements unsuited to niche providers, smaller development opportunities being missed, the needs of some (rural) areas – where small sites are the norm – not being met, etc.;

Fifth, the tax system is ‘gumming up’ the housing market. Up-front costs – stamp duty payable on purchase – are too high and, at the same time, how we tax the un-earnt income from housing, relative to other assets (and also relative to work), drives over-investment and the cost crisis;

And sixth, it’s all about credit and debt: credit supply (in the form of domestic mortgages) pushes up asset prices and debt trading fuels the supply of credit: a crucial and problematic circularity at the heart of our relationship with housing.

The final proposition – one of the narratives expanded within the book – captures an essential argument: that housing has been caught up in a set of economic processes that now substitute for growth built on increased labour productivity. Shifting our economic centre of gravity away from housing (and ‘asset sheet growth’), thereby reshaping the function of housing and alleviating the cost crisis, is a tough thing to do. It would also run contrary to a particular view of housing and the housing crisis, as stalled growth in asset ownership (requiring economic correction) rather than a crisis of access to decent homes (requiring a different economic model and an extension of the right to housing).

Hence the belief, built on a particular worldview and political judgement, that it’s best to blame the planners and/or greedy developers; blame the foreigners; and blame the retreat from state welfare; but never blame capitalism. Whose Housing Crisis is a book that looks for linkages between core narratives. There are supply, consumption, welfare, tax and credit-debt dimensions to the housing cost crisis. We must accept the inherent wickedness of our housing plight, acknowledge the complexity (and connectedness) of underlying processes and stop looking for easy exits that ignore the role assigned to housing in modern economies – as a place to park wealth for the few, to the detriment of the many. 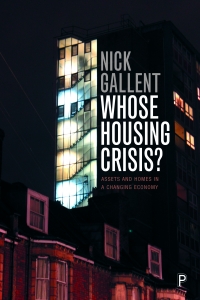