Restoring trade unions’ lost fortunes: are some of the answers in the past?

With UK unions suffering a catastrophic membership decline over the last four decades there has been an extensive debate concerning how unions might restore their lost fortunes. Membership has more than halved, many unions have merged and the number of certified unions reduced by less than a third.

However, there has been little consideration of the identities which unions project, nor of the labour market niches they seek to organise. We need to explore these questions and contribute to contemporary debates on the problem of organising unorganised workers.

Mergers have resulted in three major general unions (Unison, Unite and GMB) containing around half the UK’s union membership, but despite their success in absorbing a diverse range of unions this does not necessary mean they are best placed to organise the unorganised. Beyond the major generals there are a variety of unions, the majority organising niches within the labour market. These ‘niche unions’ project distinct identities based upon one or more of four sources of identity, namely; industry, occupation, organisation and geography.

The well-rehearsed history of trade unions sees them developing first locally in crafts with national organisation only from the mid-nineteenth century and successful general unions originating in 1889. Although the so called ‘New Unions’ quickly becoming general in composition it should be remembered that their initial bases of organisation lay in the industrial niches of gas and dock workers. Many industrial unions developed in the twentieth-century and concurrently organisational unions were formed, particularly in banking and finance as part of employers’ union avoidance strategies.

The major general unions might now be seen as the ‘department stores’ of trade unionism, accommodating the needs of disparate occupational and industrial groups through sectionalised structures. In contrast, unions serving occupational niches, such as those of the musicians (MU) and footballers (PFA) or industrial niches, including the transport (RMT) and shop workers (USDAW) unions, can be more closely orientated to their members needs than would be the trade section of a general union. Similarly, professional unions exemplified by those of the doctors (BMA) or dental nurses (BADN) can satisfy members’ professional needs.

Unions with membership territories within the UK operating in Scotland, Wales and Northern Ireland offer members local knowledge and a local association. In contrast, unions such as the journalists union (NUJ) operate successfully both in Great Britain and across the island of Ireland, offering a model for union organisation following a future reunification of Ireland. The seafarers union, Nautilus offers an alternative vision of a multinational union, better able to challenge multinational capital within a globalised industry.

More recently, what can be termed ‘new generation’ unions, such as the IWGB, have developed to organise precarious workers in occupational and organisational niches by employing a distinct range of tactics, including campaigns and litigation. History suggests a ‘direction of travel’ from niche to general unionism, yet the initial success of general unionism came from organising niche memberships and later from accepting transfers of engagements from niche unions. Following this line of thinking, major general unions might ultimately expect to be the beneficiaries of any current and future successes in fermenting new niche unions.

My argument for niche unions stems from their past successes in organising niches within the labour market. However, it is not intended as an argument against general unionism, which has a long and proud history, but rather calls for the recognition of labour market niches and suggests that niche unions can be more successful in organising them. There is no ‘silver bullet’, but some of the answers to regeneration may lie in the past. 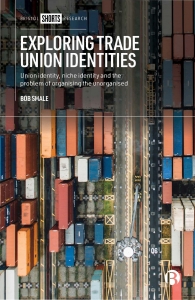