The charity sector is facing a lot of problems. Donations from the public appear to be failing in both the US and the UK, and government grants to the sector in the UK have also flat-lined, suggesting that recent scandals (like the Oxfam child abuse case in Haiti and the collapse of Kids Company) may have soured the general trust in charities.

Twinned with this, the sector has received a significant amount of justified criticism for its lack of diversity, in terms of race and ethnicity from the recent #charitysowhite campaign, and for its uniformity at trustee level, where the Charity Commission have challenged the sector to make better use of all the talents across society, not just a stratified, rarefied, and older sub-set.

The desire to solve both of these issues – to find new ways of fundraising, and engage with a more diverse, younger group of supporters and donors – have led many to assess the sector’s digital skills, which are found to be lacking, both due to a lack of time and resource, but also because of a lack of youth representation, at board level for instance. Young people (aged around 16-25) are the largest users of social media, but the least likely to give money to charity, for the obvious reason that they have less money. (Young people however are more likely to volunteer than many other age ranges and more likely to use social media to spread awareness, through sharing posts and similar interactions.) If the charity sector better engages with digital, especially social media, apps, and smart technology, it is assumed it will engage a new younger audience, leading to them becoming activists, backers, and above all, donors to charity causes.

But is this hope of a new, digitally-engaged donor base as simple as the youth-digital venn diagram suggests. To find out, I conducted a small, exploratory study asking university students about their perceptions and experiences of charity on social media, something that had rarely been asked before and now published in Voluntary Sector Review. Across a series of focus groups, young people talked about the pressures they faced in terms of managing their money and affording and donations they might want to make, what works and didn’t work for them in terms of charity messages, and how they felt manipulated by campaigns relying on ‘Retweet to spread awareness’ and ‘Share to show you care’-style messages.

The overwhelming feedback I received was that, despite being across an average of six social media sites, these young people’s giving was still mostly determined by friends and family. Any compulsion to give was dominated by responding to messages asking for sponsorship or support that came from people they already knew. While some viral campaigns like the ALS ice bucket challenge and the #nomakeupselfie campaign had cut through, participants had to prioritise giving to family. As one young man said, ‘If its family, you have to’. A young woman explained in more detail why this was the case:

It’s a no-brainer when it’s somebody you know or somebody you’re close to because you know it’s something that means a lot to them…usually they have a connection with the charity that they’re raising money for due to personal circumstances…bringing that personal touch to it.

So while in principle digital gives everyone the opportunity to connect with global networks, instead for most young people it’s just meant that their relationship with those close to them has moved online. The likelihood of engaging deeply, such as donating, to a cause you are not already connected to, is low.

Online charity also threw up a lot of challenges. Unlike older generations, young people are generally incredibly social media literate, better able to spot fakery, but also discussed being quite risk-averse, and wary of being guilt-tripped, especially by large charities that some saw as worthy, but also quite ‘corporate’ in their approach to engaging online. News of charity scandals had filtered through, creating a general sense of unease and wariness with donating. Messages from friends and family usually provided reassurance in social media feeds full of self-aggrandizing, showing off, humblebrags, and trickery.

This is small exploratory research, which needs repeating with different samples of young people in different contexts and countries. But what I take away from it is the idea of digital as the great hope for the charity sector is problematic. Yes, charity leaders, professionals, volunteers, and trustees should all try and set a suitable digital strategy for their organisation, but for most charities it is almost certainly less important than building on their existing networks and donor base. If young people still find messages best filtered through people close to them, encouraging supporters to talk to their nearest and dearest online about why a cause is important to them retains authenticity and impact in the digital age.

I have had charity professionals come and hear me talk about this research just to ask ‘How do we know what the next ice bucket challenge will be?’ The point is, we don’t – anticipating what goes viral, and ensuring your charity is riding the crest of that wave is nearly impossible, especially for the vast majority of charities which are small and volunteer run. But, perhaps reassuringly, despite the global connectivity digital offers, it is existing offline relationships, community, and connectedness that still matters for young people. 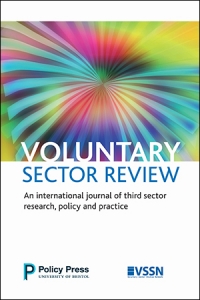 Read the latest issue of Voluntary Sector Review online and read the most read articles from 2019 for free until the end of February. 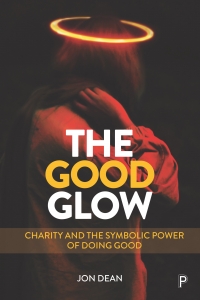