How effective are policy approaches in combatting human trafficking?

Human trafficking is a complex crime that is hidden, and public policy solutions are difficult to obtain, as all countries around the world struggle to hold traffickers accountable. Evidence–based policy making is particularly difficult to develop when data are flawed and only capture a small percentage of the crime.

Spurred by a variety of pressures including the United Nations Protocol to Prevent, Suppress and Punish Trafficking in Persons, especially Women and Children in 2000 and the United Nations Sustainable Development Goal 8.7 by 2030, countries around the world have jumped at the chance to adopt human trafficking policy. But are they actually effective in combating human trafficking?

To compare and categorise the different government approaches to combatting trafficking in persons, I created a human trafficking policy typology including criminal codes, national action plans, national laws, decree, regulation, or decision, and miscellaneous policies. I also analysed the language of the policies to demonstrate how authoritarian leaders utilise trafficking policies, masked in the language of international human rights norms, to increase their power and control their citizens.

My observations and interviews with anti-trafficking stakeholders revealed the effectiveness of these policies and whether or not they are sufficient in solving the problem of human trafficking. The adoption of new policies has expanded the number and scope of trafficking laws leading to an increase in the number of opened criminal cases and victims. I found that the laws are somewhat effective as traffickers to some extent are held accountable and victims are receiving rehabilitation services. Despite the fact there were clear gaps to policy adoption and implementation, some laws on human trafficking are better than nothing.

Human trafficking is characterised as a wicked problem ‘with multiple causes and no clear solutions… so it is often easier for governments to deal with symptoms rather than tackle underlying social causes.’ Rehabilitation programs show that there was a positive impact on the policies’ target group – victims of human trafficking – while there was a negative impact in terms of the response of the other target group, human traffickers. Traffickers in Eurasia, for example, changed their habits and move from trafficking women for sexual exploitation to trafficking men and women through forced labour. This reveals that one of the policy target groups has altered their tactics as a result of policy in order to avoid arrest.

For the target group of human trafficking victims, the policies are successful but will never reach all victims because of the underground nature of the crime and the fact that many do not see themselves as victims. Different anti-trafficking institutions created from the policies have benefitted society overall by apprehending some traffickers and assisting some victims, but the covert nature of the crime means that it will also never have a 100% success rate. In fact, it is virtually impossible to determine if these laws and policies have reduced incidences of human trafficking since so few victims are located.

Perhaps legislated solutions for a wicked problem such as human trafficking are impossible to obtain and policies can only attempt to alleviate the problem. Most policy advocates would argue that human trafficking policies help, but aspects of supply and demand are the main causes of human trafficking. Concepts such as poverty, abuse, labour, gender inequality, and immigration that are the underlying reasons for the push and pull factors of trafficking, are not covered in most human trafficking policies and are difficult to legislate across countries in an increasingly globalised world. Governments have adopted good politics but bad policy, focusing on symbolic policy but ‘have failed to actually deliver on programme goals because of the complexity and intractability of problems with multiple individual, institutional and societal causes.’

Overall, the goals of human trafficking policies are dependent on the type of human trafficking policy. The goal of criminal codes is to define human trafficking and criminalise it by setting out certain sentencing parameters. The goal of national action plans and laws are varied but can include things like awareness campaigns, information about victims’ services, shelters, trainings, research, and referral mechanisms. Decrees are also mixed and can clarify earlier legislation on victims’ assistance, shelters, or funds. These diverging pieces of legislation demonstrate that policies can have multiple goals and can be seen as successful even if not all the goals are achieved. Successful policies improve the problem rather than worsen it, are supported by the key actors, provide large benefits and are successful when compared to having no human trafficking policy.

Ultimately, human trafficking policies are just one part of a wider approach to combatting the push and pull factors that facilitate human trafficking around the world, but encompassing policies are an integral first step, especially in source countries of Eurasia with authoritarian or semi-authoritarian regimes. Robust laws and standardised sentencing guidelines will also move countries away from policy variation and varying levels of effectiveness across different countries and jurisdictions for the crime of human trafficking. This crime is always changing, and policy should be encompassing and resilient to withstand these changing trends and political developments in the 21st century. 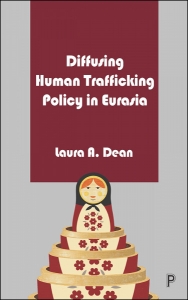