Continuity through crisis: Living with the consequences of the social contract

A year on from the start of the pandemic, we invite Jonathan Wistow to reflect on his article from last year, as our picture of the lasting impact of COVID-19 on contemporary societies – and what this means for the social contract – becomes clearer.

“Much has changed since I wrote Coronavirus: An opportunity to reassess the social contract for Transforming Society back in March 2020. However, there are very strong reasons to view COVID-19 as representing continuity in the operation of the social contract established in response to the widespread disruption of society and the loss of over 100,000 lives.

Public expenditure has increased markedly over the last year, symbolising a significant expansion of state intervention in economic and social systems. Public spending growth for 2020/21 (prior to the third lockdown on 5 January 2021) was estimated at £280bn, approaching a third of the £881bn total for 2019/20. However, the implications of COVID-19 across society are so profound that this investment is best interpreted as an attempt to keep pace with the demands placed on the system, rather than the emergence of a radically new form of social contract.

Health inequalities provide a very good example of how COVID-19 has magnified and exacerbated inequalities that are ingrained within the social contract. It is worth remembering that under New Labour (when there was sustained investment in public services and a fairly comprehensive programme across government to tackle health inequalities), gaps in life expectancy between the poorest and richest grew. Since then, under the Coalition and Conservative governments, gaps in life expectancy and healthy life expectancy have increased sharply and increases in longevity have started to decline. In Build Back Fairer: The COVID-19 Marmot Review, Marmot and colleagues highlight:

COVID-19 is a tragedy for many people, families and communities in the UK but much like in pre-pandemic days, the experience of poor health and premature mortality fall disproportionately on the poorest in society. In short, as Michael Marmot stated on BBC Radio 4’s Today programme on 27 January 2021, ‘we came into the crisis in a very bad state’.

Another longstanding feature of the British social contract is the ‘sponsored mobility’ and relative lack of circulation at the top of society. In 2014, the Social Mobility and Child Poverty Commission (SMCP) highlighted the dramatic over-representation of those attending independent schools and Oxbridge across the top of British public life in their report Elitist Britain. They described a ‘closed shop’ in which public life is conducted by the few who are very familiar with each other but far less familiar with the day-to-day challenges facing ‘ordinary’ people. During the current crisis there have been concerns about the transparency of appointments and the awarding of contracts by government, leading to claims of a ‘chumocracy’ and wider concerns about accountability. We might view this as a feature of the wider trend of a ‘revolving door’ between government, the civil service and corporate interests, which has accompanied a preference for free market and business interests at the heart of government. Davis has described this as a form of mobility connecting modern elites who exploit insider knowledge across organisations and ‘leap from one sinking institution or sector to another’. The appointment of Baroness Harding (Oxford graduate, daughter of a hereditary peer, Conservative life peer, wife of Conservative MP and board member of the Jockey Club) as a Head of NHS Test and Trace and then Chair of the National Institute for Health Protection, apparently without interview, is widely viewed as an example of how the closed shop at the top of – and incompetence within – public life has flourished during the crisis.

NHS Test and Trace has been awarded about £22bn of public money in 2020/21 and operates a fairly complex governance model across the public sector with considerable contracting out to the private sector. The service has been widely criticised for failing to meet targets and provide the type of knowledge and support required to keep on track of the virus. The lack of anticipation of a sharp rise in testing demand in September – when schools and universities reopened and people returned to work after the summer – and the consequent inadequate steps to prepare for this is just one example of its shortcomings. Given the established track-and-trace experience of local authorities, it is questionable why the UK did not follow international trends to involve local government more in these services from the outset. Instead, the private sector was called upon to develop a call centre model that has, at times, been barely used. The £1.3bn put towards tracing the virus should have gone to local government and been used to build capacity in the public health system and the local state. Thus, the government’s apparently ideological opposition to the expansion of public services has inspired the allocation of additional spending to the commercial sector.

I do not want to conclude by simply repeating the refrain that the social contract is broken. That lets society off the hook. Our political system is certainly far from perfect and increasingly post-democratic. However, the UK has had over 40 years of government endorsement of some form of neoliberalism and competitive individualism. Income inequalities increased markedly throughout the 1980s and have remained at roughly this level ever since. In this period, the shift from government to governance began in earnest through the privatisation and contracting out of public services, resulting in more fragmentation and complexity and less accountability for their delivery. These are features of (and continuities within) the social contract that are contributory factors to the situation we find ourselves in now. COVID-19 has made these issues more visible but whether that will be sufficient to escape the inherent entropy in our social, economic and policy systems is an entirely different question.” 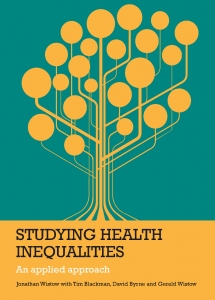