In his 1927 book Possible Worlds, J. B. S. Haldane claims that ‘until politics are a branch of science, we shall do well to regard … social reforms as experiments’. This is certainly confirmed by the successive reforms undertaken in child protection over the past decades.

A history of child protection (yet to be written) would reveal a history of good intentions that often led to abuse, lost childhoods and struggling adults. The children sent to Australia and Canada after the First World War until the late 1960s or placed into adoption against their mothers’ will (as in Philomena’s story) are such examples. The well-intended policies continued in the 1970s and 1980s with the closure of children’s homes, in a desire for children to be raised by families, following disclosure of abuse in residential care and Goffman’s work on asylums. This policy shift was not based on children’s outcomes or on consultation with children. Private boarding schools, which share the same characteristics as residential institutions, have not been closed down; rather, safeguarding measures have been taken and they have maintained a standard for high-quality education.

Although England has been one of the hubs for groundbreaking and ethically conducted research in the field, reforms were mostly borne out of high-profile cases that involved the death of a child rather than evidence based. They led to a ‘risk-oriented’ culture set out in a document of just over 100 pages and a few thousand pages of appendices. As a result, childhood, which is essentially a space of trial and error, became a red-tape exercise. This makes care a disempowering experience for the young people it aims to protect, and one which hinders the development of their autonomy. Unsurprisingly, this system is marked by a low retention rate for social workers, stressed professionals and children whose sense of worth has been eroded by frequent changes of foster families, schools and social workers. In addition to these systemic flaws and challenges, the last ten years have seen a significant rise in the number of children in care, and budget cuts as well. Moreover, the lack of children’s homes, which some children prefer, has pushed many young people into unregulated accommodation.

Voices from the Silent Cradles, based on 40 life history interviews with young people who grew up in care in Romania or were adopted in and from Romania, suggests that it was the quality of care that had an impact on young people’s lives, and not whether it was residential or foster care. This finding is similar to a longitudinal study conducted in Ireland.

The results for the young people who entered adulthood from different types of care were mixed. An exception was those who were adopted in Romania who were able to overcome inherent challenges posed by adoption and whose lives were no different than those of any other young people who never entered care and had supportive parents. Most of the young people who were adopted internationally continued to have identity struggles in their (late) 20s. Irrespective of the age at which they were adopted, their Romanian identity was an important element of who they were, and for most of them, their adoption experience became an invisible barrier to achieving stable careers or stable and healthy relationships. Mixed experiences were reported also by those who grew up in foster care. Some felt that they belonged to their foster homes; others experienced foster care as an isolating, disempowering and ‘unbelonging’ experience that led them into depression and troubled adulthood. Those who left unhappy foster placements to go into kinship care, residential care or other arrangements, did better in the long run compared to those who stayed in those placements until they became 18. Perhaps the most surprising outcomes were those related to residential care. Because they were able to stay in care beyond age 18, some went to university while others took (sometimes precarious) jobs before getting a stable one. Most of them benefitted from the support of child protection staff to get apprenticeships during their teenage years or developed hobbies with mentors they met during their time in care. Having had a personal relationship with a staff member or mentor was crucial to how they experienced residential care. The striking difference was in their personal life. Those placed in institutions at birth did not speak of any romantic relationship before the age of 25. In contrast, most of those who went into children’s homes a few years later were married or in long-term relationships or had experienced romantic relationships. The overall findings of the study confirm Bronfenbrenner’s statement that every child needs at least one adult who is crazy about him or her. The good news is that it is never too late to overcome early adversity with the right support, if the right carer or mentor is found.

Getting care right for children is first and foremost a conversation that belongs to the moral domain. This is where empathy and compassion, essential in the act of care, belong. Simon Weil’s question ‘what are you going through?’, reflected perhaps in the child’s right to be listened to (Article 12 of the UNCRC), is a good starting point. Scotland has shown that designing policies for and with young people in care is perfectly possible.

Meaningful consultation of those who have been through care is a moral duty and perhaps the only ‘experiment’ that is worthwhile. They will speak up if they see naked emperors and will be creative and passionate about finding solutions that work for children in care in the present time.

Mariela Neagu has a doctorate in Social Sciences and a master’s degree in International Human Rights Law from New College, Oxford. She is a former minister for child welfare in Romania and influenced the reform of the child protection system there while working for the European Commission office in Bucharest. 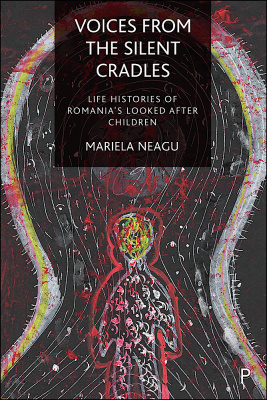 Voices from the Silent Cradles: Life Histories of Romania’s Looked-After Children by Mariela Neagu available on the Policy Press website. Order here for £64.00.

Image credit: Michael Aurel Fowler ‘The Past Is a Strange Place, They Do Things Differently There’