Why is addressing class in higher education important?

In this article, Teresa Crew speaks to our Transforming Research blog editor, Judith Allan, about diversity in the academy and the importance of paying attention to the experiences of working-class academics.

The working classes have traditionally been excluded from participation in higher education, so understanding their experiences is vital, not least as a reminder that intellectual enquiry is not the sole preserve of elite classes.

Diversity in higher education is a key issue in academia as it’s often the same voices, the same stories and the same people who dominate the conversation. As Dr Lisa McKenzie said at a recent working-class academics conference: “We have to tell our own stories, because other people are telling them, and reclassifying us”.

Why is this debate of particular relevance now?

It has always been relevant to have diverse voices within higher education, but there is a growing understanding that the sector is poorer for reflecting a narrow range of perspectives.

The ongoing calls to decolonise the curriculum, and to move away from what Heleta calls a “white, male, Western, capitalist, heterosexual, European worldview towards a more global ‘knowledge'” have justifiably led students to question the whiteness of the curricula that they are required to follow. It is vital to address these concerns, but we also need to add another facet to such enquiries: ‘How posh is your university?’

We continue to hear only one side of the story. In the words of Audre Lorde, “the master’s tools will never dismantle the master’s house” – we need working-class academics embedded in the academy so that working-class students can ‘see’ themselves reflected and realise that they too belong.

What barriers do scholars from working-class backgrounds face?

My book Higher Education and Working-Class Academics: Precarity and Diversity in Academia highlights the fact that working-class academics face a range of similar experiences. Sadly, my respondents felt that academia was not a welcoming environment, as the different worlds that they inhabited were often in conflict with each other. Microaggressions from students and colleagues were commonplace, from rude comments about accents, clothes and writing style, to probing questions about promotions that they had gained, to examples of outright sexism or racism.

The academics I spoke to often expressed confusion regarding their identity. As Dews and Law have revealed, there is a sense of being ‘neither here nor there’; so much so that ‘the working-class academic can never fully move in’. Academic casualisation has proven especially difficult for working-class academics, who lack the (financial, social and cultural) resources necessary to manage insecure contracts. As such, some of my respondents had either left the academy or were considering doing so.

They also frequently referred to a sense of alienation, which left them feeling as if they did not ‘fit in’ with their colleagues, but also struggling to have close relationships with their working-class colleagues and family. On the other hand, others stated that they had one personality for work and another for home, which allowed them to move through the different worlds with ease. Overall, my findings serve as a reminder that, in the words of Richard Hoggart In his 1989 introduction to George Orwell’s The Road to Wigan Pier: “class distinctions do not die; they merely learn new ways of expressing themselves”.

Have you confronted any barriers in the course of your career and work?

I’ve certainly felt welcomed within my own institution, so that has not been a problem. Conferences outside my university have been difficult from time to time as, while I feel confident about my work, I have encountered academics who have been passive-aggressive, confrontational and quite patronising. I also cringe when those same academics are clearly networking with me. However, I have met some fantastic friends in academia too. The main area I struggle with is knowing the rules of the game, as Bourdieu puts it. As I develop as a researcher, I’m having to learn new rules. But I know my worth and the funds of knowledge that I, and other working-class academics, bring to academia.

How has your own experience of being a working-class academic shaped you as a scholar?

I’ve never forgotten my first day in a lecture theatre: nerves, excitement, being overawed; those feelings don’t easily leave you, so I recognise it immediately in students. I know the impact that a kind word can have. This gives me a deep, personal connection with the student experience; I want to be there for them throughout their studies, and I don’t want to leave anyone behind. But this is common to the working-class experience: we are a caring class, and always have been, as Graeber argues. The overall aim of my work (both teaching and research) is to ensure that working-class people don’t feel that they are in deficit due to their background. Instead, I emphasise that they have an abundance of assets and funds of knowledge. If my research and teaching is not accessible, I’ve not done my job as a public sociologist.

How does class in academia intersect with ethnicity, gender, dis/ability and place?

Most research in this field does not take into account working-class academics’ experiences of intersectionality. For instance, male working-class academics encounter fewer microaggressions than their female, Black and Asian counterparts, but the ones that they do face tend to be much more direct. The latter groups, on the other hand, come up against a far greater number of confrontations, yet also report that such attacks are much less likely to be direct.

I also found that all of my respondents with a disability were on fixed-term contracts. There were, moreover, frequent breaches of the Equality Act 2010 in the way that their day-to-day duties were managed, such as their dis/abilities not being taken into account when arranging teaching loads and rooms.

Place is still something that I am considering, but it’s clear that working classness differs across the UK. Taking Wales as an example, the Welsh language is central to Welsh identity, in lots of different ways. The Anglo-centrism of most research on class does not take this into account, so working classness in academia really means English working classness. There is also a focus on urban, as opposed to rural, locations. There is a mine of information available on these areas, which I am continuing to analyse. 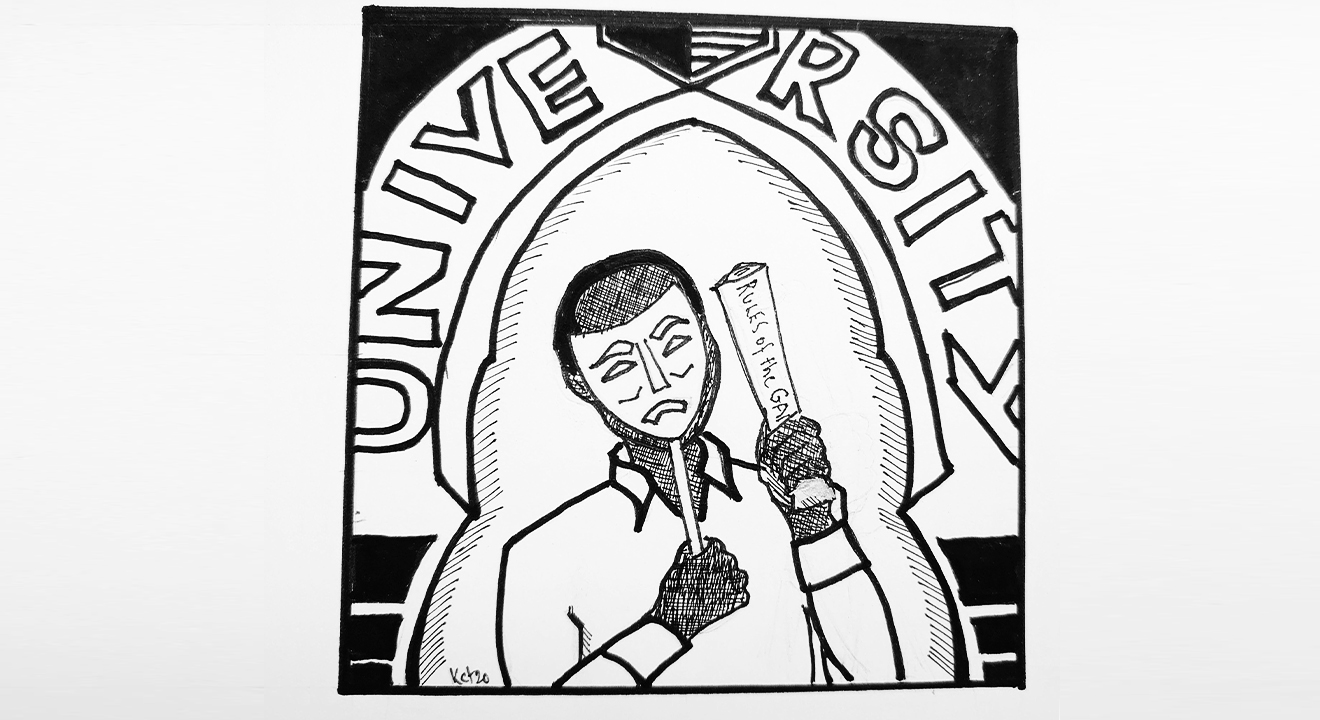 What are the problems scholarship in the UK might face in the future if the status quo is maintained?

Academia will be all the poorer if it does not embrace working-class voices.

What challenges do working-class students face within academia? How can they best be supported?

Without an economic safety net, working-class students are often left struggling to buy textbooks and other necessary equipment, such as laptops, as well as worrying about the weekly cost of travel and subsistence. They are often forced to take a job during the academic year, and may not have the economic stability to apply for prestigious, often unpaid, internships. Financial issues can also leave working-class students less likely to socialise or network, which has a knock-on effect on their job prospects beyond graduation. While some possess what Yosso terms ‘aspirational capital’, and do feel like they fit in and/or perform well academically, others experience imposter syndrome.

How has the COVID-19 pandemic impacted on working-class academics and students?

My own experience, as someone responsible for pastoral care in my school, is that COVID-19 has highlighted the many difficulties that working-class students face. This anecdotal evidence has already been borne out by research: Montacute and Holt-White, for example, have discovered that one third of students have found it difficult to cover their basic living and course expenses during the pandemic, a figure which rises to 39 per cent for working-class students.

Ultimately, institutions need to address their policies and practices. The difficulty is that class, or socioeconomic status, are not protected characteristics. Section One of the 2010 Equality Act states that government and all public bodies have a ‘socioeconomic duty’ to reduce ‘the inequalities of outcome which result from socioeconomic disadvantage’. Currently, only the Welsh government has enacted this duty. I would ask readers to call on the UK government to do the same.