When I was asked to write this piece, I thought I knew exactly what I wanted to say. However, delving into the idea of identity and belonging took me in directions that I didn’t really expect.

There is who I am, and what I present to the world. There are labels too. Labels are important but they often prevent us from seeing a ‘whole’. Labels like ‘neurodivergent’ have actually helped me find understanding, acceptance and belonging in myself but within our society I have found them to be alienating.

So, how would I label myself?

I am a cisgender woman, I am a mother, I am neurodivergent, I am Scottish, I am mixed-race. I choose when and with whom I share any of this, but being mixed-race is usually something I share with great care.

When I was born, my family had experienced horrific racism and violence in Glasgow. As a family group, I think our sense of identity and belonging had been dashed on sharp rocks. I assembled as much as I could of my own identity and belonging from the wreckage. As a child, as much of life that’s learned is also intuited. And I understood that while it wasn’t fair or right that some people didn’t feel comfortable with us, I also understood that I had no control over it.

Having light skin is absolutely something that offers me privilege; I can exist as an assumed White person, I can feel safe and I am afforded all of the many privileges that being White offers. Sometimes though, it feels like a shitty choice; do I ‘hide’ who I am, or ‘out’ myself? By openly existing as the person that I am, I risk repercussions.

Despite my light skin, racism followed me all through my school years and I’ve often been asked how I think it affected me. It was disruptive, unpleasant and I never felt a sense of belonging. However, it didn’t get to me on a core level. I’m not sure how this was instilled, but even as a child I thought that the people calling me ‘Paki’ were idiots and I need not worry what they thought. Also, compared to what my family went through, being called ‘Paki’ every day or having my dark body hair turned into a ‘dirtiness’ because of its genetic source, was nothing. It seems a silly thing to complain about when people I knew and loved were stabbed, battered, abused and feared for their lives.

It’s a difficult thing, this intergenerational trauma. It is both mine and not mine, but at 37, it is certainly a fundamental part of me. It was left unpacked by the generations before me and I’ve felt it sitting heavily at my feet, blocking our way. Now as a parent myself I feel a huge responsibility to prevent it from travelling further and doing more damage.

I find this difficult to talk about openly as I worry my light skin will mean others think I have no right to tell this story, no right to claim this narrative. I feel lost in that thought because it is my story and what other narrative is there for me to claim?

An article I read about second-generation mixed-race identity is one of the best things I’ve read on a subject that is rarely written about:

The world is changing. Back when my Pakistani grandfather and Caucasian grandmother were married, an interracial couple was incredibly uncommon to see. Thankfully, now it’s not. This means we are seeing so many ‘second-generation mixed-race’ people. People like me. I don’t always feel that calling myself mixed-race is accepted and I do feel pressure to identify as White. I am mixed-race and that is, of course, based on genetics but also based on growing up as part of a mixed-race family and our individual and collective experiences with race and racism. Those experiences matter.

We like to talk about how a more ‘Modern Britain’ will look. In fact, I very much see myself, the granddaughter of a Pakistani immigrant, as one of the first generations of a truly modern Britain but I would say that we still have some work to do. Experience and culture are an integral part of mixed-race experiences. It feels as if we are heading towards a sort of ‘white-washing’ if we expect people like me to simply identify as White.

Meghan Markle and Prince Harry’s children have brought these ideas to the forefront of discussion in recent years. They are a prominent example of how the UK has changed (for the better) and how mixed-race people will play an essential role in the shaping of this country. Sadly, Meghan and her children are also a prominent example of the racism that mixed-race (including second-generation mixed-race) people still experience.

I hope with each passing generation the trauma lessens but to put it in perspective, in 1984, the year I was born, ‘Paki-Bashing’ was still in full swing. My own children are only one generation away from that.

My daughters have one mixed-race parent and one Caucasian parent. How they choose to identify is entirely up to them but I do make sure to talk to them about their great-grandparents, Faqir Mohammed and Catherine Westlund. How brave they were, how they saw past things that blinded others. How they were the first, but that we are too.

Kristie De Garis features in Paul Sng’s book ‘This Separated Isle’. You can find out more about the book below. 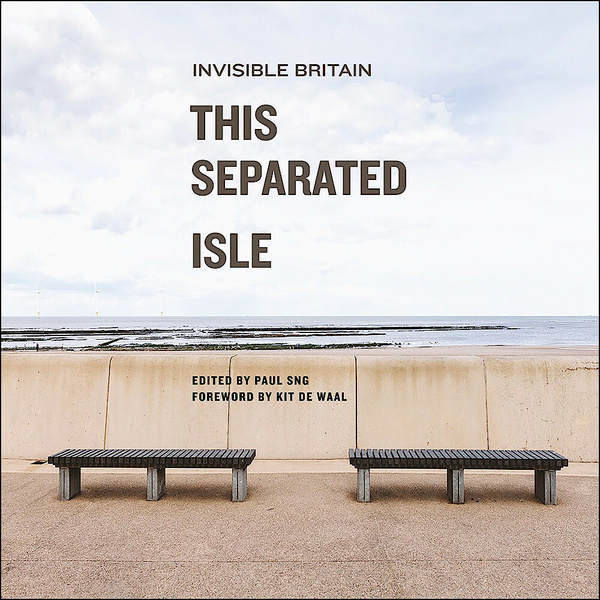 This Separated Isle edited by Paul Sng is available on the Policy Press website. Order here for £16.00.