When numbers of refugees seeking asylum increase, local governments are prompted to open new asylum seeker centres (ASCs). This happened for example during the European ‘refugee crisis’ of 2015-16, and more recently, with increasing numbers of people fleeing Afghanistan.

Decisions to open facilities such as ASCs often inspire opposition which local governments must navigate. This is the issue we explore in our recent article in Policy & Politics where we ask: Can community involvement policies mitigate NIMBYism and local opposition to asylum seeker centres?

Usually, governments assume that opposition to a facility is fueled by NIMBYism, where residents object to a facility’s local siting but would not object if it was opened elsewhere. They adopt strategies to isolate the facility from its locality, to prevent possible negative impacts. However, in many cases, local opposition has deeper roots than NIMBYism and requires a different policy approach.

In the case of an asylum seeker centre which opened in Utrecht in the Netherlands in 2017, we studied whether a policy strategy of community involvement was able to mitigate negative attitudes towards the ASC. This aimed to ‘give something back’ to the neighbourhood as residents could join in a range of educational courses, events and coaching offered within the ASC’s programme of activities. The strategy offered neighbourhood residents some benefit from the siting of the ASC there and aimed to stimulate contact in order to reduce fear of the ‘other’. You can read more about this ASC’s approach at www.plan-einstein.nl

The policy strategy of giving back was not wholly successful in recruiting large numbers of locals, including those who were initially opposed. The majority of residents did not notice much of the ASC, and they did not feel bothered or harmed by the facility. The small and selective group which chose to participate did not become less opposed to the ASC as their already positive attitudes could not be further improved. Neighbourhood participation was often incidental, i.e. on one-off occasions like open days which limited opportunities for gaining personal benefit from the programme and for inter-group contact to develop. Some residents appreciated the logic of giving back as a sensible one, but for those more incidentally or not involved, the extra attention and resources for the neighbourhood only strengthened a feeling of competition and preferential treatment, as the extra resources were only available as long as the ASC was present.

On the other hand, the strategy of contact between asylum seekers and neighbours within and beyond the ASC did diminish opposition towards the ASC. For example, one respondent remarked that spending time with asylum seekers at the ASC provided a ‘chance to talk to those people and understand, and how do you say, walk in their shoes’. Through creating a better understanding of each other, contact led to more acceptance of the ASC for those participating from the neighbourhood.

On the basis of these research findings, we recommend that policymakers responsible for ASCs and other public facilities which aim to use a similar strategy should focus their efforts on expanding participation beyond a group of those already accepting and creating opportunities to participate which are more than incidental. Potentially, our findings also have broader relevance in explaining and addressing opposition to other types of public facilities – such as homeless shelters or mental health care facilities. Our research shows that expanding a facility’s offer to the neighbourhood will likely attract a small and already accepting segment of the neighbourhood which is unlikely to further improve their views. Also, when expansion of resources is experienced only as a temporary compensation, it might crowd out intrinsic willingness to accept the facility.

Importantly, we recommend that projects like these should therefore focus their efforts on expanding participation beyond a group of those already accepting of it, to create opportunities to participate which are more than incidental in order to optimise results.

Our full evaluation report is available at here. 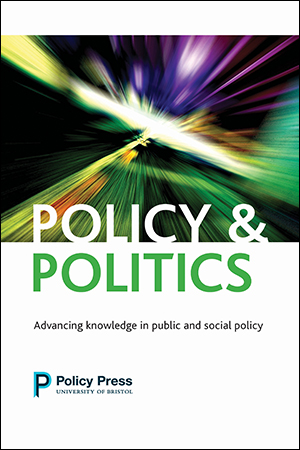 Read this article by the authors: Can community involvement policies mitigate NIMBYism and local opposition to asylum seeker centres? Find out more about the Policy & Politics journal here and visit the journal’s blog.