The role of co-production in research and practice

Aksel Ersoy, editor of The Impact of Co-production, discusses the debate around the ways public engagement can go beyond a simple consultation and how it can be ‘relevant’ in the academia.

This topic is particularly essential for those who seek economic justification for universities’ actions and research agenda as opposed to academics working especially in the Arts and Humanities divisions.

As a response to this challenge, the mechanisms for measuring and embedding ‘community-oriented impact’ have begun to take hold through the Research Excellence Framework (REF) and bodies designed to support universities in their public engagement strategies such as the National Co-ordinating Centre for Public Engagement (NCCPE), The Wellcome Trust, Catalyst Public Engagement Beacons, and embedded university public engagement departments in the UK. New funding streams have opened-up like the Research Council UK (RCUK) Connected Communities programme, designed to promote collaborative endeavours and co-production between academics, artists, public service providers and a range of community groups.

One of the main reasons why we are witnessing new forms of understanding and acting that are being invented within the UK is related to the ambiguous nature of the impact agenda and how it makes academics to act in more prescribed ways. While performance indicators are highly problematic in the context of uncertainties and public cuts, there is a general consensus amongst practitioners and academics that we should pay more attention to governance practices that are engaged in reformulating power structures.

Within this framework, co-production remains as an experiment for communities, universities as well as public authorities as it provides inclusive and practical guidance by facilitating learning. The term is now being cast as a new methodology in which communities can be engaged in policy development, delivery and research. It not only encourages participants to engage with politics indirectly, but also puts human empathy, spirit and value back into research. However, the question of who is advocating this is still a question mark. Commercial consultants, professional associations, client groups, chief executives, think tanks are all a part of this process.

More importantly, the concept is very essential as it can contribute to the creation of alternative urban visions which would stimulate longer term transformations while contributing to sustainable urban development. Although universities are one part of these discussions, their role is getting more prominent as they can be seen as a bridge between citizens, public institutions and community organisations.

The coproduction discourse has replaced long tradition of partnership and contractualism, and it is interested in exploring how new arrangements can be established in new ways in new times. Individuals and groups have turned to co-production owing to the fact that it is presented as offering an efficient solution to a range of political tensions associated within the complex social, political and economic orders of advanced liberal societies and it is functioning as a particular form of regulation. Moreover there is a need to move towards exploring more democratic involvement which not only generate change in policy processes but also empower community-oriented practices.

Coproduction brings in hard questions that we need to be grappling with in terms of us shifting our thinking. It’s a transformation of experience into policy or a transformation of research into action and change. However, instead of intellectualising the concept, it should be celebrated without asking how change happens. This would stop academics finding community organisations to identify what to work on in response to a funding opportunity and encourage engagement and collaboration as a core part of knowledge practices at universities. Otherwise, there might be a danger of doing it wrong.” 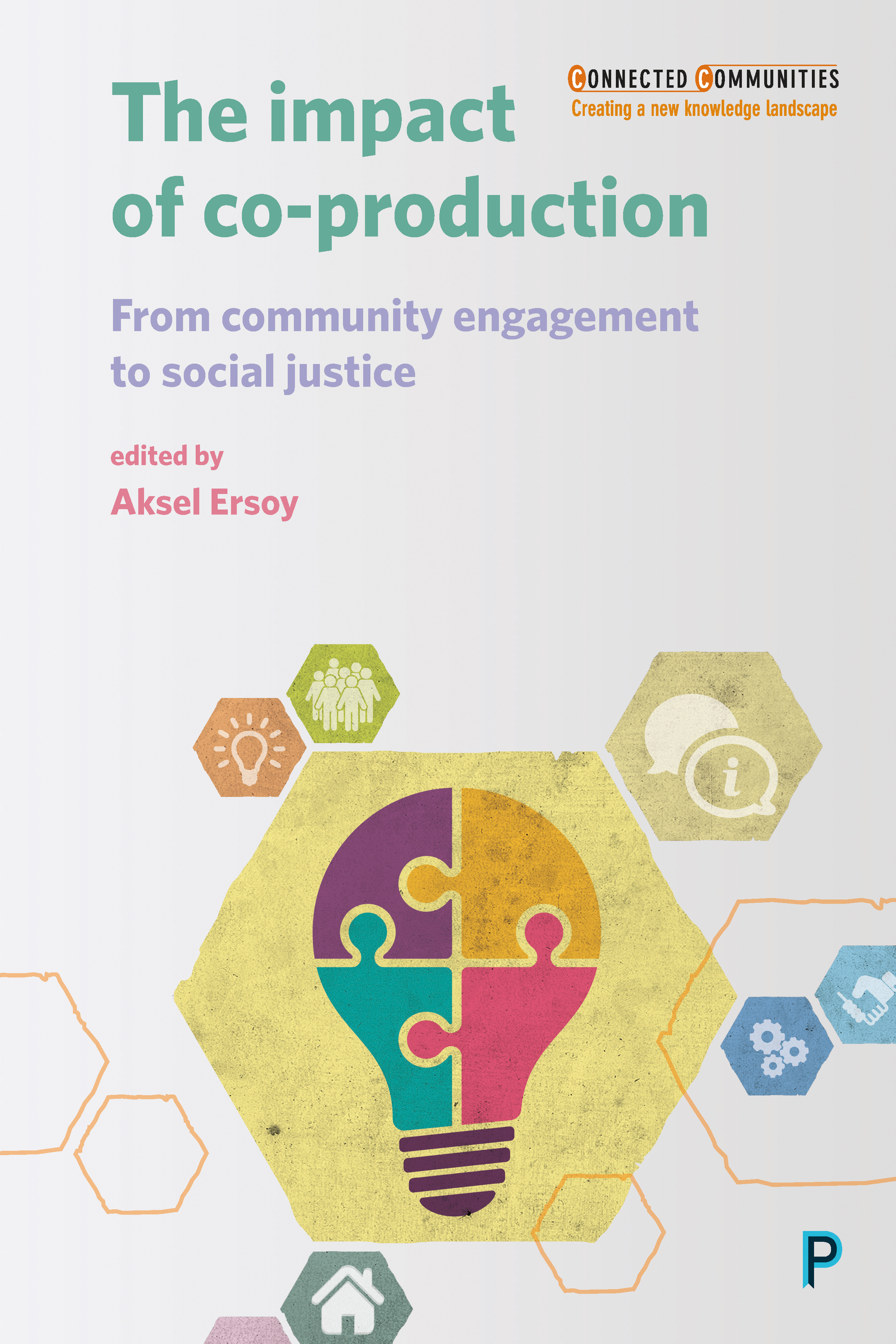 The Impact of Co-production edited by Aksel Ersoy is available with 20% discount on the Policy Press website. Order here for £21.59.