Book review: The Soul of a University 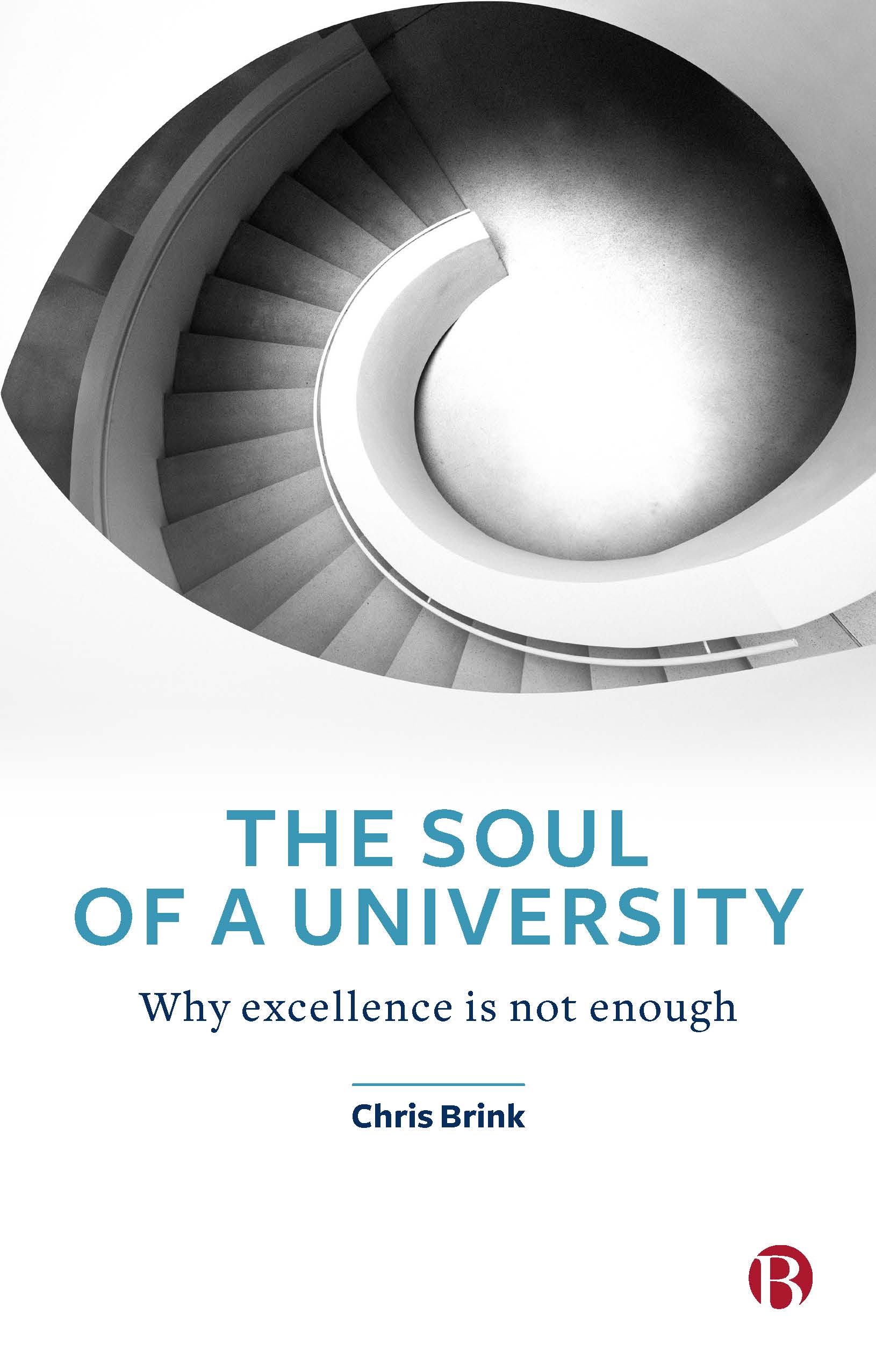 The Soul of a University by Chris Brink

The Soul of a University by Chris Brink, reviewed by Professor Mark Shucksmith OBE, Newcastle University

What is the soul of a university? What has been universities’ enduring value through the centuries and what should be their purpose today? Chris Brink’s new book The Soul of a University: Why Excellence Is Not Enough, is highly topical as debates continue about who should pay for higher education – students who benefit individually, or societies which benefit collectively. The worry that universities’ public value has been written out of English policy by recent legislation has prompted the establishment of an independent Civic University Commission, chaired by Lord Kerslake.

Chris Brink was, until recently, Vice-Chancellor of Newcastle University, where he pioneered a vision of a world-class civic university, based on twin principles of excellence and purpose, arguing that a ‘good university’ must be good as in virtuous as well as being good as in excellent. His challenge (from Boethius of Dacia c.1270) is “to know the true, to do the good, and to delight in both.”

The book is an inspirational tour de force which puts Chris’ model of the civic university into its historical, philosophical and political context, adding depth and force, while revealing him to be quite the renaissance man. After being taken through Plato, Aristotle, G.H.Hardy, Alan Turing, Raphael, Michael Young, Kate Fox, and many many more, I was delighted when the search for quality led ultimately to one of my favourite books of the 1970s – Zen and the Art of Motorcycle Maintenance – and Arête. This leads to a powerful and sustained argument against linearism: “a lazy preference for the apparent certainty of one dimension rather than the multidimensional complexities of the truth,” and this linearism is epitomised by university rankings.

Indeed the main target of the book is our infatuation with rankings, which are viewed as a perfect manifestation of the post-truth society. “Rankings work well for people who prefer certainty to truth: they should not work well for academics.” Despite this, “universities reacted to rankings like a baby given a rattle. They waved them around and made a noise.” This infatuation, he argues, has led universities to cede academic freedom and institutional autonomy, under pressure to revert to a conformist ‘standard model’ of a university aloof from society and turned in on itself, even if they wished to tread a different path. “Universities have simply given away the power to determine their own destiny.

Ironically we have given it away, not to government…, nor to big business…, but to nothing more substantial than a one-size-fits-all caricature of what universities are supposed to be like. The greatest danger of loss of institutional autonomy now comes, not from the state, not from big business, not from globalisation, but from our own vanity.”

The book takes aim at several other targets, including meritocracy and ‘the English habit’ of turning difference into hierarchy, but perhaps most telling for those who work in universities is his insight into REF, TEF and other manifestations of the audit culture which not only create work but also destroy trust and collegiality. “The pursuit of good intentions often seems to lead to a regime of regulation, monitoring and compliance… and we all go and sit on committees for no better reason than to keep a watchful eye on our colleagues.”

As is evident from these extracts, the book is beautifully written, full of humour, insight and memorable turns of phrase. But its message is powerful and angry – universities are in danger of losing their way, and society is in danger of losing something precious. As Chris Brink says, it is up to us to demonstrate that the world can still benefit from wandering scholars.

The Soul of a University by Chris Brink is available with 20% discount on the Policy Press website. Order here for £11.99.