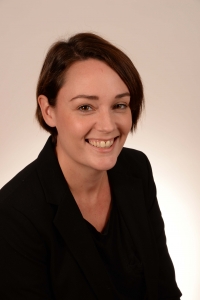 Member states of the Association of Southeast Asian Nations (ASEAN) met for the 34th ASEAN Summit last month in Bangkok. The two-day summit is held annually, providing an opportunity for Southeast Asian leaders to meet to discuss socio-political, economic and security issues impacting the region.

One contentious topic for discussion was ASEAN’s role in the South China Sea dispute. In advance of the summit, Philippine’ President Rodrigo Duterte vowed to “talk lengthily” with ASEAN members about the threat posed by China in the region’s waters. This comes after a Chinese vessel rammed and sunk a Filipino fishing boat in contested waters in mid-June.

Both the Philippines and Vietnam have struggled to defend their sovereignty against Chinese expansion in the South China Sea. Badly in need of regional assistance, the ASEAN Summit provides an ideal forum to raise these security concerns and seek regional support. At the summit, ASEAN leaders committed to fast-track an updated code of conduct (COC) in the maritime region.

The potential success of a new COC is less clear. Is small state sovereignty violation an inevitable consequence of great power politics, or do these small states have recourse to defend themselves?

Background to the Dispute

The South China Sea dispute has been on-going since the Cold War, it has increased in prominence and significance as China’s status as a great power has risen. China has seized and militarised islands in the region’s waters in a bid to expand its maritime presence. It has done so at the expense of its smaller regional neighbours, which have struggled to uphold their regional sovereignty.

The dispute has dominated news headlines in recent years, as tensions have escalated. In May 2019, the Australian Navy reported that military helicopters were targeted with lasers by passing Chinese fishing vessels whilst conducting military operations in the region. In early May, Vietnam reacted angrily to a Chinese military announcement that an annual fishing ban would be in effect until August, in an area of water also claimed by the Vietnamese and Philippines. China has also repeatedly voiced its anger at international vessels in what it argues is its territorial waters. Most recently, the Chinese Navy asked United States’ vessels to leave an area in the Spratly Islands, stating the “US warships violated Chinese sovereignty and undermined peace”. These continued disturbances have turned the South China Sea into one of the most contested and fraught regions in the world.

Until more recently, the territorial altercation had been categorised predominantly as a regional, rather than international, dispute. The United States, whilst concerned for freedom of navigation, originally maintained the view that the sovereignty dispute was one for regional states to resolve. However, regional states and ASEAN have struggled to achieve this. Despite a responsibility for regional order, and the implementation of a Code of Conduct for the region’s waters in 2002, diverging individual state interests have rendered the Association ineffective.

In light of these many obstacles, how can a resolution to the dispute be reached? Is it inevitable that the small states of Southeast Asia will concede their sovereignty to their larger and more powerful neighbour? These questions are important, as they touch on wider debates relating to small state autonomy, territorial integrity, and experiences of intervention. When are the states of ASEAN able to resist violations to their sovereignty? And when are they less able?

Whilst there is a general consensus amongst regional commentators and experts that China is increasingly violating the sovereignty of its neighbours, there is less agreement as to how these states should respond. From one vantage point, there is very little the states of Southeast Asia can do in the South China Sea. In this view, great power politics dictates that small powers, in light of their limited capabilities, are always ineffective at implementing change in the international system. They should therefore rely on the role of great power benefactors, such as the United States, to help them in their fight against China. But what if the United States is reluctant to take on this role? Does this leave these small states abandoned?

Taking a contrary stance, other specialists argue for a regional solution to what is a regional problem. Rather than engaging external powers in the dispute, they believe in the power of ASEAN, and its organising norms and principles. It is through ASEAN’s regional architecture, such as the ASEAN Regional Forum (ARF), and a binding COC that a security dialogue amongst the states of East and Southeast Asia can be achieved and tensions can be reduced. This approach also attests to the autonomy of regional states, which can resolve disputes without the need for external interference. What happens, however, when ASEAN is unable to speak with one coherent voice? Or when China refuses to engage in multilateral talks, preferring instead to deal with individual sovereignty disputes on a bilateral basis?

If the states of Southeast Asia want to uphold their sovereignty, a new strategic approach is necessary, one that combines the role of both external powers and regional actors. This need for a convergence of interests relies on the role of a regional state that has vital interests at stake in a given issue, when its’ sovereignty or survival is under threat. Conceptualised as a ‘vanguard state’, this state has an active role in seeking both external power security guarantees, and in setting ASEAN’s agenda to gain the backing of all ten-member states and to speak with one voice.

It is little surprise that in the South China Sea regional states have had their sovereignty consistently violated. This is because vanguard states such as Vietnam and the Philippines have failed to secure a robust US backing, and have been unable to rally ASEAN members to support them against an aggressive China. But that does not mean that China has secured a fait accomplis. In June 2019, the Philippines openly stated that it backed an increased US presence in its contested waters. The US has responded by selling surveillance drones to four of its allies in the South China Sea region. It also publicly stated in March 2019 that any attack on the Philippines in the South China Sea would trigger its Mutual Defence Treaty, a commitment it has shied away from making in the past.

This is evidence of an increasing, albeit partial, interest convergence. The Philippines and Vietnam must continue to lobby the US for support. They must also push ASEAN to back a coordinated regional policy, with a legally binding Code of Conduct a useful first step. Small states do have the power to affect their environment and resist violations of their sovereignty. It is time they utilised this power. 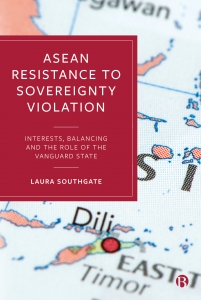 ASEAN Resistance to Sovereignty Violation, by Laura Southgate is available on the Bristol University Press website. Order here for £60.00.