‘We are tired, traumatised and fatigued’: Black Britons’ ongoing fight for mental health and rights

We have come a long way as a society from ‘Negro History Week’, established by Carter G. Woodson in 1926 at the height of the Jim Crow laws enforcing segregation in the US, and renamed ‘Black History Month’ during the rise of the Black Power Movement in the 1960s. In the 1980s it was taken on as ‘African American History Month’, again highlighting the changing politics of identity and race for African Americans.

Britain in the Thatcher era of the 1980s was in turmoil. Reeling from the after-effects of the riots in Brixton, Tottenham and Toxteth, black Britons were fighting for tolerance and acceptance against marginalisation and racism, while trying to define a sense of identity and purpose. It is in this context that Black History Month was adopted in the UK.

In 1987, the concept of ‘black history’ was developed by Akyaaba Addai-Sebo, a special projects officer at the GLC, and later at the London Strategic Policy Unit. With the support of these bodies, politicians, community activists and senior officers, Addai-Sebo coordinated the first official Black History Month event on 1 October 1987. This was also the year that the African Jubilee Year Declaration was launched which called on local and national government to recognise African contributions to the cultural, economic and political life of London and the UK. The declaration also urged authorities to implement their duties under the Race Relations Act 1976 and to intensify their support against apartheid. It required authorities to support and continue the process of naming monuments, parks and buildings to reflect the contributions of historical and contemporary heroes of African descent, with the aim of giving positive affirmation to children and young people’s identity and self-worth. At the heart of Black History Month is a universal agenda of self-esteem, racial pride and recognition which is about self-worth and mental wellbeing as equal human beings.

Although there has been a black presence in Britain since the time of the Roman Empire, it has been since the Windrush era and the subsequent generations of immigration that we have established a critical mass of black people in the British population. Over the past 60 years, research evidence, government reports and lived experiences illustrate that black people are still on the extreme margins of mainstream society, despite individual achievements and success. We are familiar with stories of over-representation in school exclusions, mental health institutions, the criminal justice system, children in care, gun-violence fatalities, deprived neighbourhoods, poor access to health care and widening health inequalities. It is not surprising that all these factors have an impact on our self-esteem, identity, and mental wellbeing (from The International Handbook of Black Community Mental Health).

We have had a long history of struggle for our human rights as black British citizens. The ‘colour bar’ was the catalyst for riots in Notting Hill and Nottingham in the 1950s. In the 1960s, Paul Stephenson organised a boycott to force the Bristol Omnibus Company to stop discriminating against black people, and Asquith Xavier took British Rail to court after being refused a job at Euston Station. That is why, since 1965, thanks to the campaigning efforts of members of the Windrush generation, a series of legislative and government bodies have been tackling structural racism and discrimination.

By the 1970s, black men were regularly stopped and searched under ‘sus’ laws, despite not being suspected of any crime. And the toxic legacy of this legislation will continue as Britain’s hostile environment strips many of their rights as British citizens because they have a criminal record and are thus of ‘poor character’.

The Windrush Scandal is another episode of historic racism directed towards black Britons. People seem to forget the hostile environment was already here in the 1940s: black people were banned from buying or renting houses, were paid far less than their white co-workers and were discriminated against and bullied in the workplace, as well as harassed by the police. We must remember Learie Constantine taking Imperial Hotel to court in Central London for discrimination during a stay in 1943.

My experience over the last 25 years in the field of mental health, inequalities and anti-racism campaign work, along with the societal issues exposed by COVID-19 and Black Lives Matter leads me to the conclusion that structural racism has not shifted. This time round, black people are even more tired, fatigued and traumatised than they were during the colour bar era of the 1950s and 60s.

The resurgence of the Black Lives Matter movement, following George Floyd’s murder, is this time round a universal human rights campaign, with more and more white people fully embracing the notion that structural racism is not a figment of black people’s imagination. The marches, demos and vigils, the debates around white privilege, and the statements of solidarity to the cause are all welcomed. The question which all black people are asking is whether this is the start of a serious discourse on race relations in Britain, when for many years, despite the scandals of Grenfell Tower and Windrush, race was off the agenda. However, I believe the removal of the Edward Coulson statue in Bristol was as iconic a moment as the fall of The Berlin Wall in 1989. It has kick-started a national conversation about Britain’s colonial past and its crimes against humanity which black people have had to endure for the last 400 years.

This conversation is also happening around mental health services and policies, with the recent Black Minds Matter campaign calling for free counselling and therapy for black people who experience community trauma and structural racism. In addition, Black Thrive is raising funds to create safe mental health spaces and therapy in Lambeth. BAMEStream, working with Ubele, is developing culturally specific counselling services for those from black and minority ethnic communities experiencing bereavement and depression as a result of COVID-19. 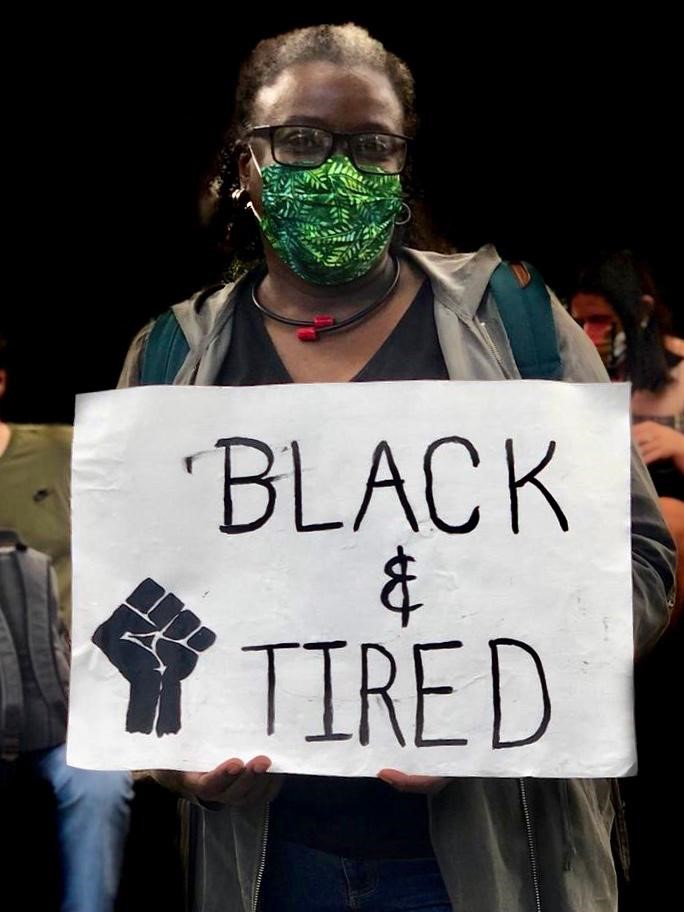 Despite individuals’ achievements and successes praised in my co-authored book 100 Great Black Britons, the present state of Black Britain is a grim and unpleasant one. However, an understanding of the issues, coupled with a commitment to effect a fundamental change in policy direction on the part of both white institutions and black organisations could substantially improve the quality of life for black Britons and lead to a more integrated and equal society. In the words of the late Fred Hickling, a pioneer in mental health services in the Caribbean, we need to decolonise mental health services and policy: tackle poor outcomes in mental health services; reduce over-representation in forensic and medium-secure services; retrain mental health professionals and commissioners; develop stronger user-led and carer voices in decision making; place more black people in senior leadership roles in mental health trusts and policy development; and develop more black-led mental health services. Only this way can we show that we are serious when we claim that Black Lives Matter.

Patrick Vernon OBE is a social commentator, campaigner and cultural historian.  His book, The Mental State and Well Being of Black Britain will be published by Policy Press in 2022.