For researchers, asking about gender is harder than it looks

In our second article to mark the special issue of The European Journal of Politics and Gender on new approaches to measuring gender in political science research, contributors Dan Cassino and Yasemin Besen-Cassino outline their research revealing the effect of asking gender-related questions in surveys, and how closely political and gender identity are linked.

Survey researchers are finally starting to take gender seriously. They are starting to ask questions that reflect the non-binary nature of gender. However, this effort is complicated by the tight links between gender and politics, and the threat men perceive from non-traditional conceptions of gender and sexuality.

Surveys have traditionally tried to capture gender identity in rigid binary categories of male and female, conflating sex and gender while ignoring variation within those groups, thereby alienating individuals who might not neatly fit within them. Telephone surveys have often done even worse than that, categorising responses based on the interviewer’s judgment of how the speaker sounds. It’s a good thing that researchers are getting more sophisticated about measuring gender; but there are dangers associated with it as well. Gender identity is so central to how we understand and present ourselves to the world around us that thinking about it, and answering questions about it can’t help but impact the way we answer other questions on a survey. This sort of contagion can be a problem; but it also helps to show how central gender is to our political and social views.

In an experiment we carried out, half of our respondents were asked to answer a set of questions in which they placed themselves on non-binary gender identity scales either before or after answering a series of questions about their political beliefs. These non-binary gender identity scales have proven useful in measuring political and social attitudes, but the fact that they represent gender as something other than a binary construct may prove threatening to people who have a more traditional view of gender. When men with traditional gender views are threatened in this way, they often react by finding some way to assert their masculinity, by buying guns, or voting against female candidates.

When men with traditional gender attitudes – those who say they’re completely masculine, and reject any femininity (despite the question telling them that most men have some feminine traits, and most women have some masculine traits) – answer the gender scales first, they become more likely to say that they’re Republicans later on. In their minds, at least, ‘Republican’ is associated with ‘masculine’, so saying that they’re Republicans is a way that they can push back against the suggestion that they might be a little bit feminine.

In the minds of some survey respondents, it seems, political identity and gender identity are intrinsically linked. To them, Republicanism means masculinity and a binary conception of gender, and bringing up one of these concepts necessarily means bringing up the other as well. This sort of connection – which researchers simply wouldn’t be able to uncover without directly asking about gender – tells us a lot about why some presidents in the US try very hard to assert a masculine identity, and even about things like why transgender bathroom-access has become such a hot political issue. As we show in another study, even indirectly asking people about transgender status (by asking about current identity, and the identity that was assigned to them at birth) serves to bias responses to later questions about political identity, making conservative men more Republican, and liberal men more Democratic.

This may well raise a question of what it is about Republican politics that seems to have become linked with masculinity in the eyes of many men. We can find some indication by looking at the relationship between masculinity and political identity outside of the US. Working with a local research group in Mexico, we ran a study in which we primed respondents to think about their gender identities. As in the US, men with more traditional gender identities who were made to think about them changed their expressed political views, becoming more supportive of President Andrés Manuel López Obrador (often referred to by his initials, AMLO), a leader with a rhetorical style and presentation very similar to that of Donald Trump. What’s interesting about this is the fact that AMLO isn’t a right-wing or conservative politician, but rather a leftist populist. This suggests that masculinity isn’t necessarily linked to a set of issue positions, but rather to a way of presenting politics as a contest for dominance, and an opportunity to display machismo.

Just as importantly, even bringing up the possibility of non-binary conceptions of gender seems to serve as a threat to men’s gender identities, causing them to look for ways to assert their masculinity. In the Associated Press’ 2018 exit polling, for instance, men who were randomly assigned to be asked about their sexuality became four points more likely to report owning a gun in a subsequent question. Sometimes, these compensatory behaviours can be benign, or even positive, as with an increased focus on fatherhood. Other times, men’s attempts to assert their masculinity can lead them to socially undesirable behaviours, like workplace sexual harassment, homophobia or gun purchases.

The big takeaway here is that while it’s undoubtedly a good thing that our research techniques are finally living up to our theoretical understanding that gender and sex are not at all the same thing, we have to be careful with how we ask about gender, especially where we place these questions relative to other important matters. There’s no inherent reason why asking about gender should be any different than asking about any other demographic characteristic, like education or income, but unlike other characteristics, gender has become almost inseparably linked with men’s political identities. It’s vital that we ask these questions, that we align our understanding of sex and gender with our research practice; but we also have to understand that even asking these questions presents a threat to some of the people we’re studying. In time, hopefully, gender and politics will become disentangled, but until then, researchers have to be careful about how we talk about gender. 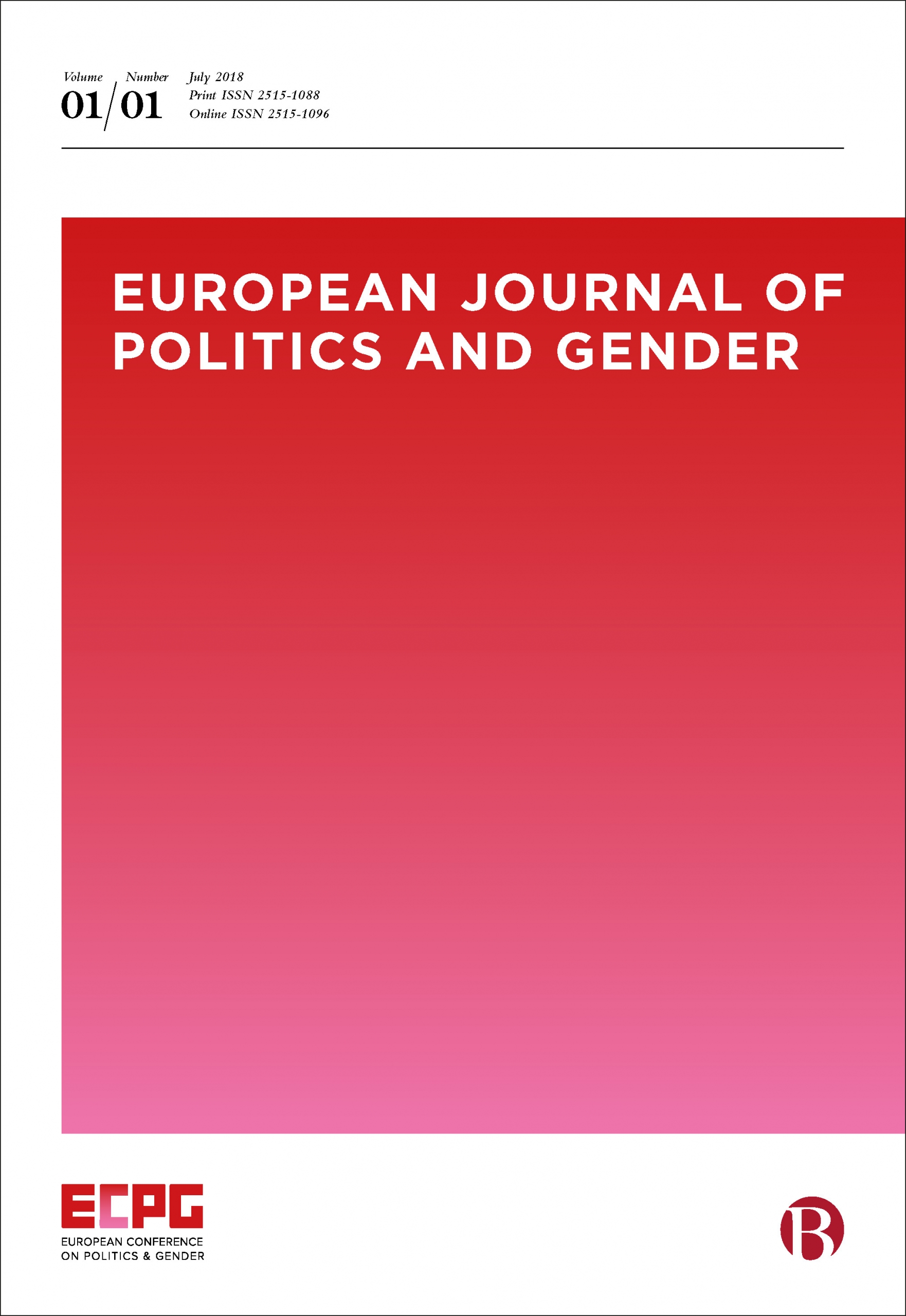 Dan Cassino and Yasemin Besen-Cassino are authors of ‘Political identity, gender identity or both? The political effects of sexual orientation and gender identity items in survey research’, an article in the special issue of The European Journal of Politics and Gender, ‘Beyond the binary: new approaches to measuring gender in political science research’.