From violence to empathy and change

Connecting with our history can help us grasp the ways in which legislation impacting voting rights and citizenship is part of a long history of discrimination against racial and ethnic minorities that has led to the divides in our societies across the Atlantic.

On 6 January 2021, I was at home when my sister Rhonda called me and told me to turn on my TV. I went into the family room and switched on CNN – and I couldn’t believe what I was seeing. I knew that there had been a big rally planned by the White House, but the last thing I expected was to see the Capitol building under attack by an unruly mob. I have been to the Capitol many times, I have testified before Congress, and I have seen first-hand the high-level security that is normally in place. It wasn’t there that day and I watched in frustration as one of the most important symbols of our democracy seemed defenceless.

I started off texting my sisters, but we soon agreed to get on a video call, so we could experience what was happening together. Many of the symbols we saw had profound meaning for us as African Americans. Seeing the noose in front of the Capitol brought up images of lynching, and the Confederate flag being carried through the halls of the Capitol was too much.

In the end, it was brave Capitol police officers who kept our Congresspeople safe, and allowed them to finish the electoral vote count that evening. However, I knew that the events of that day would reverberate for a very long time. The events connected with many of the ideas that I had been developing over the past few years, as we dealt with a reckoning that was hundreds of years in the making. The emotions were raw, and yet I knew that it was also an important time to help people understand why the images were so upsetting, beyond the act of insurrection that horrified so many Americans.

When I was conducting research for my books, I visited the National Memorial for Peace and Justice in Montgomery, Alabama. Built by Bryan Stevenson’s Equal Justice Institute, it was otherwise known as the lynching memorial. I was interested in learning more about the violence that had followed Reconstruction in the South, not expecting that I would find a personal connection at the memorial. As we walked through the pillars which listed the names of those murdered in counties across the country, I suddenly had the thought that it could be possible that I would see the name of a relative. I looked up the name of the parish in Louisiana where my mother was born, and when we approached the pillar, a sense of foreboding came over me. I was shocked to see the name Julian Stelly – my mother’s maiden name was Stelly. The internet allowed me to immediately research this distant relative who was murdered by the Ku Klux Klan following his involvement in with registering Black people to vote.

Gaining and keeping the right to vote has been an ongoing battle for African Americans. Long before recent attempts to change voting laws, violence has often been used as a means to limit access to voting not only for African Americans, but for many other ethnic and racial minorities. Understanding this history can help us all understand why the events of 6 January and the ongoing attempts to pass laws that claim to deal with non-existent voter fraud are seen as a continuation of injustice.

My book, Radical Empathy, was due to be published only a few weeks after the events of 6 January, and I was also in the process of finishing my next book The Roots of Racism. The violence and symbols we saw on that day were seen by many as a continuation of the history I describe in my forthcoming book. Radical Empathy is my personal memoir, combined with the data and research that helps readers understand the impact of structural discrimination on all of us. We see echoes from the slave trade and ongoing structural discrimination not only in the United States, but in Europe as well. For example, the UK Parliament’s Nationality and Borders Bill is seen as making it easier to strip citizenship from racial and ethnic minorities. In the wake of the Windrush scandal, it is not difficult to see why protestors might be concerned about the government’s ability to take citizenship away without informing the person. Some feel that the bill targets Muslims and others who might be deported without due process.

Writing my two books over the last few years has defined my approach to racial justice. It is important to have empathy, but it is also important to gain an understanding of our transatlantic history that has led to the protests and reckoning that we are seeing today. Empathy comes with understanding and knowing where we have come from, so that we can get to a future where we can not only bridge but transcend our divides.

Terri E. Givens is a Professor of Political Science at McGill University. She was formerly based at the University of Texas at Austin and is the founder of the Center for Higher Education Leadership. 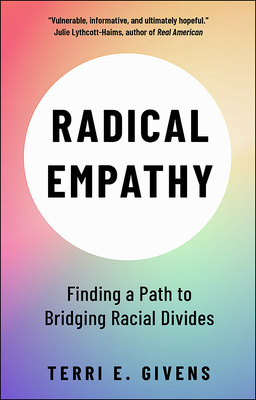 Radical Empathy by Terri Givens is available in paperback on the Policy Press website. Pre-order here for £7.99. 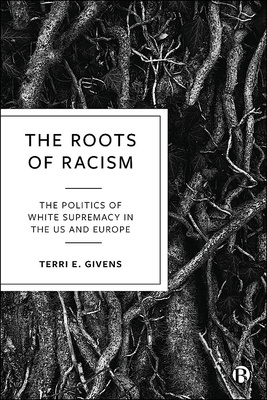 The Roots of Racism: The Politics of White Supremacy in the US and Europe by Terri Givens is available  on the Bristol University Press website. Order here for £19.99.