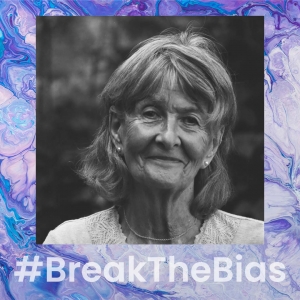 To mark International Women’s Day this year we are launching a series of articles to celebrate our female authors – ‘Women in academia and practice’. We will look at their work and the challenges they have faced, and hear their thoughts about obstacles to gender equality. Ann Oakley is Professor of Sociology and Social Policy at the UCL Social Research Institute and has been a social researcher for more than 50 years.

To celebrate International Women’s Day, for 8 March only, when you buy one of Ann Oakley’s books with code POAKIWD22, you will get the eBook of that title for free.

How did you get to where you are today?

I’ve been an academic researcher and writer since the mid-1960s. At the age of 78, I’m still employed (part-time) at the UCL Social Research Unit; my current project is about the movement in the early 20th century to make household science a university subject. On the way I have researched and written in the fields of gender, health and methodology and set up two research units at the Institute of Education, now part of UCL.

In the 1960s, most women in academia had insecure short-term teaching or research posts (they still predominate in these today). Discrimination was rife: for example, the postgraduate studentship I was awarded in 1969 by the Social Science Research Council (now the Economic and Social Research Council, another sign of the times) paid married women less than anybody else. When I challenged this with the then Secretary of State for Education, I was told that my husband was supposed to give me pocket money to make up the difference. Later, when being interviewed for jobs, I was asked what I proposed to do about the care of my children. Academic subjects to do with the position of women were either off the agenda or treated with disdain/incredulity (or simply ignored). At various points in my ‘career’ (a male concept) I was passed over for promotion or rejected for a post in favour of a less qualified man. This wasn’t exceptional; it was normal: it happened to many women.

Universities are known to be some of the worst employers of women. They remain in many ways masculine institutions. The American writer Adrienne Rich wrote movingly about this and about what a woman-centred university would look like in terms of both values and structures: we have the blueprint, but not the commitment needed to put it into practice. Women, especially young women, need to speak out and be brave, and they need to be less modest about their achievements and capabilities. And men really need to listen!

What advice would you give to younger women in academia and more broadly?

See above. I would advise younger women to really think seriously about whether academia is for them. Two things in particular have changed since I first became an academic. Firstly, the notion of scholarship as something prized for its own sake has been largely replaced with a market ideology – academic work is valued primarily in monetary terms. Secondly, one of my motives for becoming an academic was to carry out work which would (hopefully) make a positive contribution to human welfare. (I might have thought at the beginning about changing the world, but then I realised it was enough to hope you could change a little bit of it.) And I think the role of intellectuals in the 1970s and 1980s was more respected and influential than it is now. So if you want to shape public policy, maybe universities don’t provide the best base for that any longer.

Gender, and gender equality, are subjects that interest and concern women much more than men. In what is still a patriarchal society, it’s thus easy for these topics to be sidelined. Moreover, gender equality is still mainly interpreted as enabling women to behave and be treated more like men; it’s about equal pay, equal employment opportunities, equal training and education. But it should also be about equal housework, equal childcare, equal caring responsibilities. Men, by and large, don’t want to become the equals of women in these senses, and they won’t until (or unless) the so-called private work and life of the home is socially valued as much as the activities that occupy the public world.

Ann Oakley is Professor of Sociology and Social Policy at the UCL Social Research Institute. A social researcher for more than 50 years, and author of many academic publications, she is also well known for her biography, autobiography and fiction. Her books include The Sociology of Housework, From Here to Maternity and The Men’s Room which was serialised by the BBC in 1991.