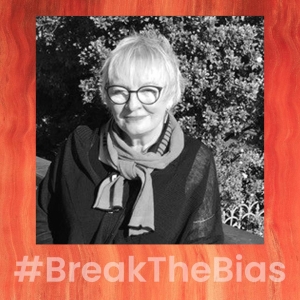 To mark International Women’s Day this year we are launching a series of articles to celebrate our female authors – ‘Women in academia and practice’. We will look at their work and the challenges they have faced, and hear their thoughts about obstacles to gender equality.

Sue Scott is joint editor of the Bristol University Press Gender and Sociology series, and an Editor in Chief of the new Global Social Challenges Journal.

What do you do?

I am a retired professor of Sociology, but it doesn’t really feel that way. I am in receipt of a pension – one of those lucky baby boomers with pensions set before the Universities Superannuation Scheme (USS) was decimated and I am ‘post-institutional’, although I do have visiting positions at Newcastle and Helsinki which is a great plus. I do quite a lot of the academic things that I didn’t have time to when I was a Pro Vice Chancellor and, prior to that in other senior university positions for over 15 years. I still write academic papers, but without the pressure of the Research Excellence Framework, I am joint editor (with Stevi Jackson) of the Bristol University Press Gender and Sociology series, and an Editor in Chief of the new Bristol University Press Global Social Challenges Journal, which is really very exciting. I do quite a bit of mentoring, mainly of women academics who are thinking about moving into senior positions, but also of some early-career colleagues.

How did you get to where you are today?

By a somewhat rocky road! A major positive was my parents’ belief in my abilities and my mother’s clear view that being a girl shouldn’t get in my way. I went to a girls’ grammar school which didn’t suit me at all – maybe I just wasn’t middle class enough, but I think it was more to do with being expected to follow silly rules, not ask questions. I was bored and didn’t work, read voraciously but nothing on the syllabus and much preferred dancing to homework. Having moved to a different school for ‘A’ levels, I was encouraged to get involved with drama, debating and the school council and was recognised for being who I wanted to be. At 16 I discovered the magazine New Society and through it the discipline of Sociology and the rest as they say… Around the same time I found a name for my view of the world – feminism. I did a degree in Sociology and had a definite sense by the end of it that I wanted to do research but didn’t think I could do a higher degree so went to work for the Health Education Council as a research officer and muddled my way through the process of designing questionnaires and carrying out interviews while increasingly feeling that I really needed more sociological education.

What challenges have your faced?

I went on to do a PhD that I never finished – no funding, no proper supervision and another research post which had me doing fieldwork from Aberdeen to Exeter – all of which is part of the explanation but it was also the case that I lacked confidence in my academic abilities and was surrounded by ‘bright young men’ who had mostly come through Oxbridge and talked about theorists I’d never heard of as if they were close friends! In the early 1980s it wasn’t crucial to have a PhD, in the way it is now, but there were very few academic jobs for sociologists and, like many women at the time, I didn’t fit the model of a standard academic who was male and most likely to be a lone scholar. The upshot was that I worked as a researcher in local government for three years followed by another two as a researcher at Cambridge and a further six as a temporary lecturer at Manchester – 17 years of temporary contracts altogether. This meant a lot of moves, changes of research direction and teaching everything from statistics to the sociology of religion. I think I only kept going because of my feminist network, developed through involvement with the British Sociological Association, and those I worked with teaching women’s studies. I certainly learnt to be versatile and resilient and developed a wider range of skills than if I had gone ‘straight through’. In 1992 I moved to a senior lectureship at the University of Stirling where my mix of knowledge and experience was really valued and where I learnt a huge amount from some senior women colleagues, including that I wanted to give leadership and management a go.

There are many constraints that are outside the direct control of universities, but if university leaders would listen to women right across the institution (not just academics) and operate on the basis that if the university is a good place for women, it will be a good place for everyone, then things would improve.

What advice would you give to younger women academics?

I assume that this means in society generally, not just in higher education, so it’s a very big question. A major obstacle is the assumption made by many that women have already gained equality. Certainly, we have options that were unimaginable for my mother’s generation, but women continue to be disadvantaged, relative to men, on every dimension of social and economic life, as well as being widely subjected to gender-based harassment and violence. Yes, we need better legislation and more women-friendly policies and a much better understanding of the intersections between gender, class, ethnicity, sexuality, age etc. but we also need men to accept responsibility for the abuse, degradation and marginalisation of women in public and in private life and to stand up for women and against those who would oppress them.

Sue Scott is joint editor of the Bristol University Press Gender and Sociology Series, and an Editor in Chief of the new Global Social Challenges Journal. 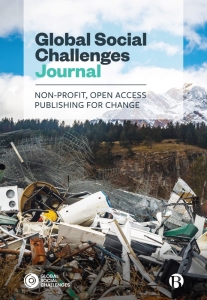